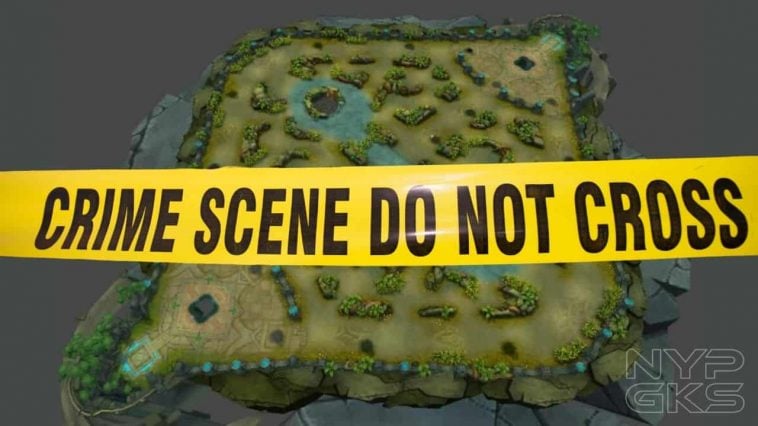 With over half a billion downloads and more than 75 million active players, Mobile Legends: Bang Bang is a popular mobile game especially in Southeast Asia.

No doubt, popularity is a good thing for players since that means faster matchmaking, continued development, and better customer support.

But the popularity has also invited trouble to the game: map hacks in Mobile Legends are thriving and ruining the fun.

A map hack is a mod that modifies Mobile Legends so that cheaters gain access to map-related features and abilities in the game that are otherwise prohibited and unavailable for regular users.

In other words, a Mobile Legends map hack can show the location of enemies regardless of their visibility. Cheaters know where their enemies are even if the latter are using stealth, hiding in tall grass, or in any other situations where they should’ve remained undetected.

Naturally, cheaters are enticed to use a map hack so they can have an unfair advantage over non-cheating players. Map hacks in Mobile Legends break the balance of the game and ruin the fun, competition and experience for players who play the game fair and square.

Map hacks for the popular mobile game come in many forms, the most common of which are plug-ins and scripts. Many require jailbroken iPhones or rooted Android smartphones, but some map hacks work without jailbreaking or rooting.

What does Mobile Legends developer Moonton have to say about map hacks?

The operation team in Moonton have stated that they adhere to a zero-tolerance policy. Any violation they catch results in severe punishment, which includes termination of game accounts. Per the game’s terms of service, punishment is warranted with or without warning for “illegal activity including, but not limited to, hacking, cracking or distribution of counterfeit software, or cheats or hacks.”

Can you experiment with Mobile Legends map hacks on a dummy account?

If other players are cheating, why can’t you? Besides the ethical issues, cheating through map hacks is still against the terms of services of the game. So, you shouldn’t.

Even if you use a dummy account, it’s likely Moonton can determine your main account and ban it alongside your dummy account. Note that per the game’s privacy policy, the Moonton developers have a record of information that they can use to identify you and your account. These include IP address, device MAC address, device type and ID, and so on.

The ban hammer is dropped on players regardless of status—whether you are veteran player, have made in-game purchases, have a popular streaming channel, or has consistently ranked as one of the top players—for as long as you’ve been caught cheating and using map hacks.

The duration of the ban is determined from the severity of your violation, and there are no exceptions. In this regard, players are all equal. So even if you’ve spent a great deal of money in the game, you risk losing all your progress and purchases if you get banned permanently.

Besides getting banned, what are other risks when you use Mobile Legends map hacks?

Before we answer that, we need to ask: what drives map-hack developers to create cheats and exploits in the first place? Obviously, it’s all about the money. Many map hacks are made available for purchase so those illicit developers can directly benefit from their creations.

But, some of those devs have more nefarious, hidden reasons for creating map hacks. While in the guise of providing unfair advantage for Mobile Legends cheaters, map hacks may also have malicious code that can mine the infected device for personal data, such as photos, messages, passwords and email addresses, that can be sold to the black market and used for social engineering hacking. And so even if it claims to be free, a MLBB map hack possibly comes with a hidden cost.

How do you report a player using a Mobile Legends map hack?

If you suspect a player is using a map hack, several methods are available for you to report the player:

When reporting a player, always provide the relevant details as much as possible. Take several screenshots or even record your game session. Include these proofs into your report.