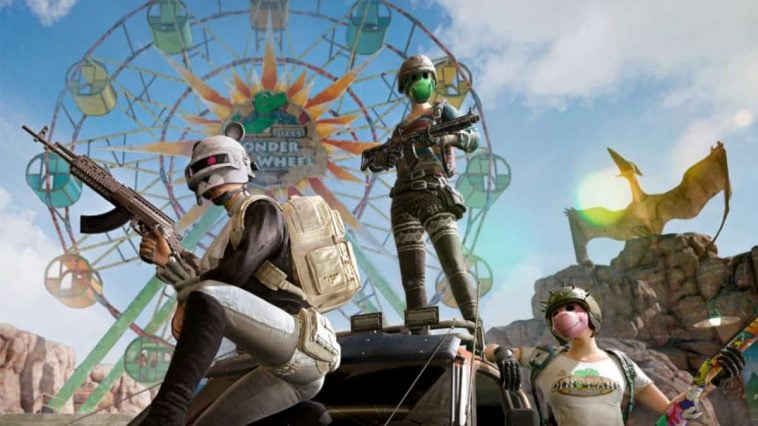 PUBG is undeniably one of the most popular online games available on PC and mobile today, with the battle royale drawing up a daily number of over 50 million players.

With such a massive player base in a very competitive game, it comes with the territory to have some players that use cheats, hacks, and plugins in order to gain an unethical edge over the other players. But in PUBG, the cheats problem has grown large-scale, with players that use some kind of cheat rounding up to the millions.

Winning a chicken dinner fair and square is difficult enough as it is, but it becomes much more unattainable when there are hackers that ruin the game for everyone. There’s nothing more frustrating in PUBG than having buffed up players that spray you with bullets and get headshots even when they are 800 meters away.

Fortunately, you can help with PUBG’s cheating and hacking problem by reporting any player that you suspect is cheating and up to no good. But first, you need to know what those cheats are and how you can recognize them in gameplay.

Read on further to know more about 6 of the most common cheats and hacks, just how wild the cheating problem is in PUBG, and what happens if you get caught red-handed.

Types of PUBG hacks and cheats

Because it is a battle royale game, most of the cheats used in PUBG are designed to improve the player’s speed, aim, or accuracy. Some of them are pretty easy to detect, while some are not that obvious and may be difficult to prove.

PUBG aimbots are the most notorious and frustrating of the cheats in PUBG. These bots control the player’s aim and automatically target it toward any visible (and sometimes even not visible) opponents.

This is how some players can perfectly shoot you down even when they’re hundreds of meters away. Some aimbots even take it a notch further by adding auto fire, so that any opponent that’s in the line of sight is automatically gunned down.

Any non-professional player with unusually high precision and a high kill rate may be a valid point for suspicion. But the best way to confirm whether they’re using an aimbot is by watching your death replay from their angle. If they killed you with a ridiculous cross-map headshot, go ahead and hit that report button immediately.

The recoil is one of the most important factors you need to master for all the different weapons available in PUBG. It is especially beneficial if you want to score more kills by spraying multiple precise shots. However, some players use scripts that automatically manage the weapon’s recoil for them and all of their shots will go directly where they target. It’s not an auto-win hack like the aimbot, but it definitely gives a major advantage during gunfights in PUBG.

A PUBG no recoil hack is quite difficult to detect because the player could have just mastered the recoil of their chosen weapons to be shooting precisely.

Wall hacks are powerful cheats that can let the player see through walls, making it easier to loot for hidden weapons or sneak up on unsuspecting targets. Figures behind the wall usually look like shadows that can easily be located and traced when they’re in close proximity. When you get shot the very moment you come out of hiding from a building, there’s a big chance that you were traced by a player using a PUBG wall hack.

Some players are fairly obvious when using a wall hack because they are sometimes seen aiming at a wall and waiting for somebody to emerge from the building. Those who use the cheat more consciously and secretly are harder to detect because it’s not easy to prove that there weren’t other things — your footsteps, for example — that gave away your position.

A more intense version of the wall hack is the radar hack, which lets the player see the location of every other player on the whole map. This offers a big advantage to any cheating player because hiding and avoiding attacks from them are now impossible.

Much like the wall hack, the PUBG radar hack is difficult to detect when used wisely without being too obvious about the information.

Speed hacks give the player a significant increase in speed, such that they can go from the island’s one corner to another in just a matter of seconds. This makes them very hard to track and gun down, as they’ve already fled the scene before your bullets have even landed.

Fortunately, speed hacks are not as popular as other cheats because they lose their usefulness quickly, especially in late-game when the safe zone has already shrunk down to just a few hundred meters.

Additionally, PUBG speed hacks are very obvious to detect. If any player is moving and sprinting faster than normal, that’s the only sign you need to report the player for cheating. That’s why players who use this hack only last a few games before they get banned. Still, it is quite amusing to see a boosted player just speeding down the woods of Erangel.

Another hack that is super frustrating to see is the PUBG unlimited health hack when some players just don’t seem to die no matter how many times they’re gunned down. Their HP is either increased to a crazy amount or stays unchanged even when they’re injured. Much like god mode, the player can then go all around the map on a killing spree without worrying about getting shot by opponents or the circle.

If you see a ballsy player jumping into fights without caring about who’s attacking them, you might want to consider reporting them for cheating — especially if they end up winning the game while getting sprayed by four other players.

How bad is the cheating problem in PUBG?

The number of cheaters in PUBG is insane, and it seems to be growing despite PUBG Corp’s many efforts to keep the game fair and clean for everyone. PUBG reportedly bans over 100,000 cheaters a week, and in January 2018 alone, the game banned a whopping 1,044,000 players. Even professional PUBG players have been discovered to be using hacks when playing in competition.

Brendan Greene (aka PlayerUnknown), the developer of PUBG, agreed with anti-cheat provider BattlEye that 99% of the cheaters come from China. There are a lot of cheating cases in different countries from all over the world, but the majority hail from China, where cheating is a bit more acceptable and is even advertised by some cheat developers.

What is PUBG doing to solve the cheating problem?

PUBG Corp is asking for your help to smash that report button on players that you suspect of cheating. PUBG is pretty good at determining the cheaters and banning them from future gameplay.

PUBG is also getting to the root of the problem by detecting common hacks from the beginning and banning the player automatically. PUBG keeps their list updated, so most of the popular hacks don’t last very long. However, the problem persists as cheat developers keep developing new ones to bypass the system undetected.

What happens to PUBG players that are caught cheating?

PUBG doesn’t play around when dealing with cheaters. Suspected hackers are put under much surveillance by PUBG’s anti-cheat system and the hacks are then identified and investigated.

If cheating is confirmed, long-term bans are imposed on the accounts. In PUBG Mobile, cheating players have been banned for up to 10 years, while those playing on PC or console have been sanctioned with indefinite and lifetime bans. This means that if you’ve been caught but still want to continue playing, you’ll have to buy a new copy of the game, create a new account, and start from the very beginning.

Nobody likes cheaters in any game, especially in competitive multiplayer games like PUBG which are difficult by design. If you come across any obvious cheaters in the game, don’t forget to report them to PUBG Corp which is determined to keep the gameplay positive and fair for the community.

And if you’ve ever considered cheating in PUBG, do try to reconsider because it is simply not worth it — it’ll sap out the fun and fulfillment you get from the game and ruin it for other players, and the risks of losing your account greatly outweigh the benefits that you might get from cheating.

Besides, there’s nothing more rewarding than winning your chicken dinner fair and square, with nothing more than great skill and a whole lot of bullets.