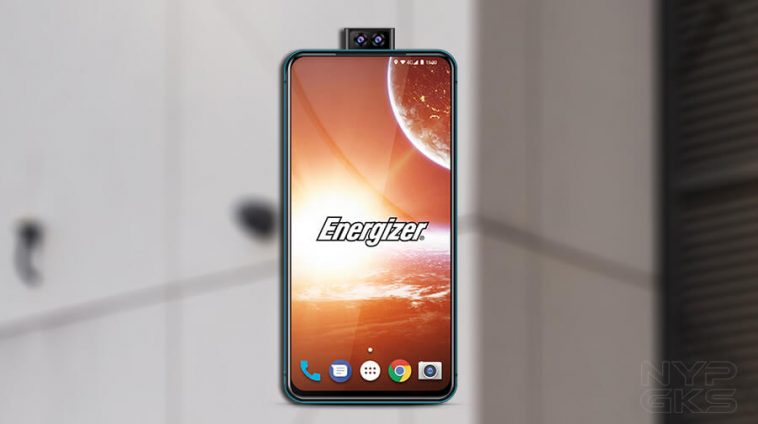 Just like what HMD Global is doing with the Nokia brand, Avenir Telecom is here to up the smartphone game of Energizer. That’s why we have the new Energiser Power Max P18K Pop, a device that lives up to the company’s long-time reputation.

Energizer has come up with tons of devices before with large batteries, but none of them has the most appealing smartphone features. That’s about to change with the Energizer Power Max P18K Pop. Its mouthful name compliments its feature-packed specs list. For starters, it has a gigantic 18,000mAh battery with reverse charging feature. It’s like Energizer slapped a powerbank on this thing.

The battery promises 4 days of continuous music playback, 2 days of video, and charges via an 18W Power Delivery 2.0 charger. However, you have to deal with its thickness of 18mm — that’s like two regular-sized smartphones stacked.

Moving on, one of the device’s key features is its dual pop-up selfie cameras, which beats devices like the Vivo NEX S, which only has a single selfie-snapper. Other than those, the rest of the items in the specs list is pretty standard. It will be powered by a MediaTek Helio P70 processor, with a generous 6GB of RAM and 128GB of expandable storage.

There’s a notch-less 6.2-inch FHD+ display on the front and the latest Android 9 Pie operating system running on the inside.

The Energizer Power Max P18K is going to be available this June, with the pricing and availability details to be announced soon. Energizer and Avenir Telecom will fully showcase device, a well as a slew of other devices at MWC 2019 later this month.