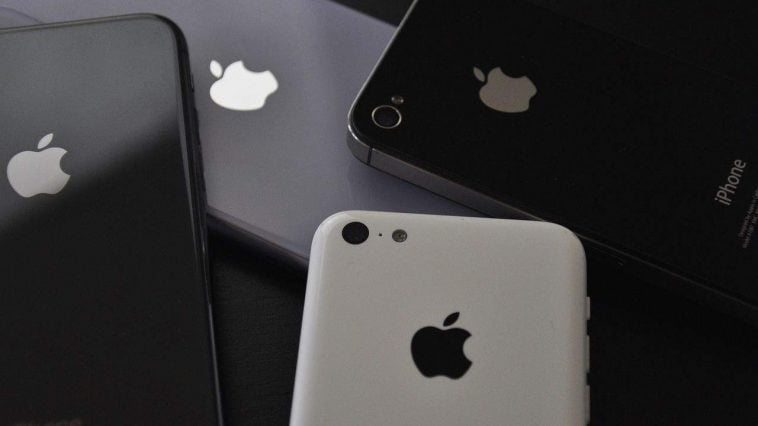 Apple’s iPhone line is undeniably the most popular series of smartphones in the world.

They used to be the most expensive devices around. But in recent years, Apple is doing whatever they can to make their smartphones more affordable.

In our iPhone price list in the Philippines, we have all of Apple’s mobile devices currently available in the market— from the cheapest to the most expensive.

Bear in mind that this list consists mostly of devices and prices officially listed on the Apple Philippines’ website. There might be iPhones already out of Apple’s official line-up, but still around. We’ll try to look for them on official Apple resellers to keep this the list updated.

*Available in official resellers, not directly from Apple.

The iPhone 12 and 12 mini features an identical flat design that the Pro model has. They also come with an A14 Bionic chip, 5G, and MagSafe.

But this time, they have smaller screens — as small as 5.4-inches for the mini. The telephoto lens and LDAR sensors are also gone. Still, a pretty respectable value for the price.

The iPhone SE 2020 is Apple’s latest attempt to bring a budget iPhone to the market. The company repurposed the small, slim, glass-on-glass, bezel-ridden of the iPhone 8 and slapped the iPhone 11 series’ A13 Bionic chipset.

The iPhone 11 has been greatly discounted since the iPhone 12’s arrival. It features a 6.1-inch HD screen, A13 Bionic Chip, an extra ultra-wide camera in the back, and tons of funky color options.

The iPhone XR is the oldest smartphone Apple officially offers in 2020 since the iPhone 12 series came out.

I’m rocking this device as of late 2020, and it still works great. It features a 6.1-inch screen, a relatively large build, an A12 Bionic chip, a single 12-megapixel primary camera, and more. Although, it’s hard to accept that it’s now much cheaper than when I bought it about two years ago.

The iPhone 11 Pro and Pro Max fell out of Apple’s official line-up when the iPhone 12 series came out. Still, it’s available in resellers across the Philippines as of late 2020.

You can check the link on its name for the full specs. But, you ought to know right away that it’s still a great device for the price, especially now that it’s cheaper since the iPhone 12 series. They come with Super Retina XDR screens, triple rear cameras, and a design that’s actually similar to the newer models.

The iPhone XS series is already about two years old as of writing. It features an A12 Bionic chip, the iPhone’s modern notch design, and dual cameras on the back. Unless you really want to own it for some reason, there are other more powerful iPhone models for equal if not cheaper asking price.