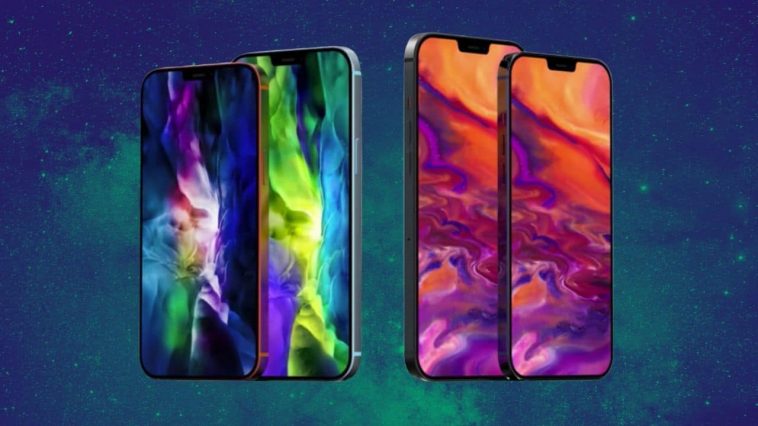 There’s always been high-anticipation surrounding Apple’s smartphone releases. This time, a lot of people’s attention are centered on the upcoming iPhone 12, 12 Pro, and 12 Pro Max — or whatever Apple decides to call these devices once they are out.

UPDATE: The official prices of the iPhone 12 series in the Philippines have been revealed.

UPDATE: In an online event earlier today, Apple has officially revealed the new iPhone 12, iPhone 12 Mini, iPhone 12 Pro, and iPhone 12 Pro Max. Check out this article for the latest information about the price and specs.

The release of the budget iPhone SE 2020 suggests that Apple is proactively revamping their smartphone line. And we’re expecting it will benefit the upcoming iPhone 12 series.

But we’re still months away from their release. In fact, the wait might be longer considering the COVID-19 pandemic that’s been affecting everyone, including big companies like Apple.

Still, that didn’t prevent a lot of leaks and rumors about the upcoming iPhones to come out. So today, we’ve consolidated everything we know so far about the iPhone 12 series to see what we can expect from these devices.

A major leak that was published recently revealed the key design elements of the iPhone 12 Pro Max. The credible leakster was able to get a hold of the iPhone’s layout that’s said to be 70% complete, and created renders based off it.

As you can see, the iPhone 12 Pro Max — and possibly the 12 and 12 Pro — will have an identical design to the new iPad Pro 2020. It will have flat edges, bidding goodbye to the curved design that was started by the iPhone 6.

Although, the back is still similar to the iPhone 11 series. The cameras are expected to be placed inside the same squarish camera bump. However, the Pro Max model will be more distinctive as it will have four cameras with the addition of the LiDAR sensor of the iPad Pro. A white ring will surround this new sensor for added aesthetic.

Unlike the iPhone SE 2020, we don’t expect the TouchID to make a comeback on the iPhone 12 series. However, it’s believed that Apple will redesign the notch. They will either make it smaller or completely follow the iPad Pro’s design by making the bezels uniform all around.

The iPhone 12 Pro Max is expected to have a 6.7-inch screen, bigger than the 11 Pro Max’s 6.5-inch display. Either Apple completely removed the notch to stretch the screen size or the device will be bigger than its predecessor.

Thicker antenna bands will be spotted on the corners of the device, much like the iPhone 5S. This could hint on the iPhone 12’s 5G connectivity and WiFi 6 features.

As for the colors, the iPhone 12 Pro and 12 Pro Max are expected to come in the same Midnight Green, Gold, Space Gray, and Silver options. However, the renders show that it might also come in a Classic/Navy Blue option — which was considered as Pantone’s color of the year for 2020.

On the other hand, the cheaper, non-Pro iPhone 12 model is expected to come in vibrant colors like Purple, Yellow, Green, Black, White, and Product Red, much like what they are now on the iPhone 11. Although, we might also expect the addition of a lighter shade of Blue.

Update 9/22/20: A latest leak reveals that Apple will call the smallest iPhone as the “iPhone 12 mini”.

Well, we already know that the LiDAR sensor might be exclusive to the iPhone 12 Pro Max — which would further separate it from the vanilla iPhone 12 Pro that will only have a primary, ultra-wide, and telephoto lens.

Meanwhile, the vanilla iPhone 12 might keep using the wide and ultra-wide configuration.

Other than the extra camera, the iPhone 12 Pro’s screen will be smaller than the 6.7-inch panel that the former will have. Possibly at around 6-inches. The iPhone 12, just like its predecessor, will sit in between at around 6.2-inches.

What’s interesting is, Apple is expected to bring the 120Hz ProMotion screen on the iPhones. It’s basically the same 120Hz refresh rate that we already have on devices like the Galaxy S20 Ultra.

It may be the cheaper model, but we expect the iPhone 12 to have better battery life as it’s expected to only come with an HD screen. The OLED screen of the Pro models will offer better colors and contrast than the Liquid Retina panel, though. At least if Apple decides to continue on using an inferior screen on the cheaper iPhone 12 model.

The trio might differ in sizes and cameras, but we expect all of them to come with the same A14 Bionic processor. That’s not the official name of Apple’s next mobile chipset, but product naming is pretty cyclical, anyways.

Speaking of which, reports suggest that the A14 Bionic chip will be the first ARM-based mobile processor to ever hit the 3GHz mark.

A GeekBench listing revealed that it will have a clock speed of 3.1GHz, which is 400MHz higher than its predecessor. It got a multi-core and single-core score of 4,612 and 1,658, respectively.

However, the renders reveals a new hardware below the power button. It looks like the smart connector that we saw on the iPad Pro, which is used to connect the Apple Pencil. This could hint a stylus support for the iPhone — years after the company was talking trash on Samsung for coming out with the Galaxy Note series.

We will be updating this article once more information regarding the specs of the iPhone 12 series comes out.

Update 8/17/20: A settings screenshot of the iPhone 12 Pro Max confirms its 120Hz screen and LiDar camera.

Meanwhile, the iPhone 12 Pro will have a 6.1-inch Samsung OLD Super Retina XDR screen with 10-bit color and ProMotion technology. The 12 Pro Max will be bigger at 6.7-inches. Both devices will have 6GB of RAM and will come with 128GB/256GB/512GB internal storage.

As stated earlier, the iPhone 12 Pro Max is expected to have a LiDAR sensor. This extra feature will help distance itself from the 12 Pro, since both Pro models are expected to feature the same primary, ultra-wide, and telephoto lenses, just like their predecessors.

We also expect the budget iPhone 12 to use the same cameras of the iPhone 12 Pro, minus the telephoto camera.

But to make this series a step up from last year’s model, Apple should step up and use a different sensor than the 12-megapixel one that they’re using now on all the iPhone 11’s cameras.

Meanwhile, the 12-megapixel selfie camera of today’s iPhones are already great. But, it wouldn’t hurt to have an ultra-wide front-facing camera for group shots. Something that Android users are already enjoying on high-end devices like the Realme X50 Pro.

Update 5/12/20: All iPhones will get a massive camera upgrade. The iPhone 12 and 12 Max/Plus will come with dual cameras, while the 12 Pro and 12 Pro Max will have triple cameras and a LiDAR sensor.

Release date and availability of the iPhone 12 series

A new report says that the iPhone 12 series’ availability in the market might be delayed as mass production have been pushed back for a month due to the COVID-19 pandemic.

However, we expect Apple to continue the tradition of holding the grand iPhone announcement in September. Although, it may not be available in the market until October or November. Worst case scenario, it will be available in 2021.

Again, we’ll be updating this article once more information becomes available regarding the design, specs, and price details of the iPhone 12, 12 Pro, and 12 Pro Max.

Update 8/13/20: A new leaks suggests that the iPhone 12 event will happen on October 13. Pre-orders will begin on October 16 and will start shipping on October 23.