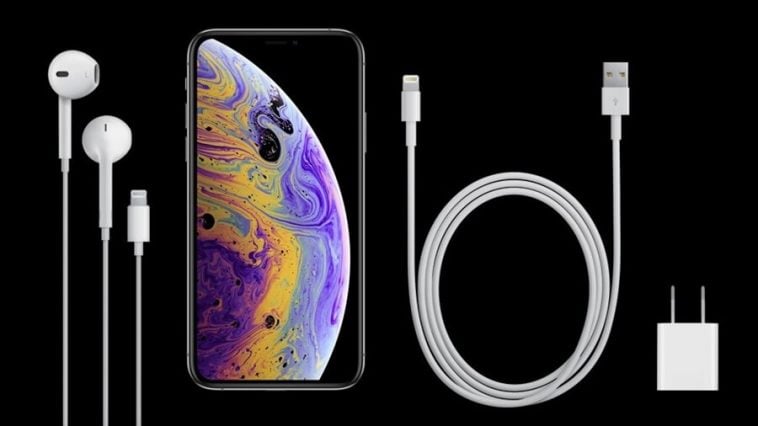 Apple has officially unveiled the follow-up to the X — the iPhone XS.

It looks like the Cupertino company is returning to its normal release cycle, with the S-series making a comeback after its absence last year. The Apple iPhone XS is basically the iPhone X with the same body but with slightly upgraded internals.

Apple boasts about the new A12 Bionic SoC which is probably the first-ever 7-nanometer chip to ship with a smartphone. The company calls it as the “the smartest, most powerful chip in a smartphone” right now. The chip contains a 6-core CPU and  4-core GPU which is said to be up to 50% faster than the previous generation. Apple’s Neural Engine that handles Artificial Intelligence (AI) related tasks also got an update. From the dual-core A11 Bionic, the A12 Bionic now has 8-cores. This means that it can now handle more operations per second, 5 trillion to be exact, from the former 600 billion transactions per second of its predecessor.

The Apple iPhone XS’ screen stays at 5.8-inches diagonally, but its overall footprint is still smaller than the 5.5-inch iPhone 8 Plus. Resolution and pixel density remains the same as the X.

Although it was leaked before, it’s still surprising that Apple has finally given the iPhones the dual-SIM functionality so that they can have access to two cellular networks at the same time. Unfortunately, China will be the only one to get access to the true dual-SIM (physical) feature as the rest of the world will get a hybrid of a traditional SIM and e-SIM.

Connectivity-wise, the iPhone XS now supports gigabit LTE speeds and tons of cellular bands so it can be used anywhere in the world.

Apple also improved water and dust resistance as the iPhone XS now has IP68 certification. Face ID is faster than before and there’s wider stereo sound from its speakers. The camera system with 12-megapixel rear sensors equipped with optical image stabilization has been upgraded, too. Apple iPhone XS telephoto lens has a wider aperture while the wide-angle sensors is now with larger pixels. The selfie camera probably has some upgrades as well, but the presentation didn’t specify any of it.

On the software side, Apple has introduced the Smart HDR which stitches together multiple images in order to come up with one optimized photo. Portrait mode adjustments are now available in post-production, so users could just worry about editing afterward and just focus on capturing the moment.

Pre-order begins on September 14 and units will be released on the 21st. The Apple iPhone XS will initially go on sale in 30 countries with more to follow in the coming months. We don’t have information regarding its availability in the Philippines as of the moment. Last year, the iPhones arrived before the year ended. We’ll update this post once we get details.