Honor is scheduled to launch the highly anticipated Honor 8X in the Philippines this October 10. It’s going to go against other formidable smartphones in the midrange arena, which is a competitive market nowadays.

But the Honor 8X is not going ill-equipped in the war. It has everything a midrange smartphone needs to have in order to keep up with the fierce competition it’s going to face. The good thing about it is it’s gonna do everything a consumer wants for only a fraction of the price.

Although not yet confirmed, converting its price in China to Philippine peso puts it below Php13,000, which is a great price for what it has to offer and it’s almost Php5,000 cheaper than its competitors. 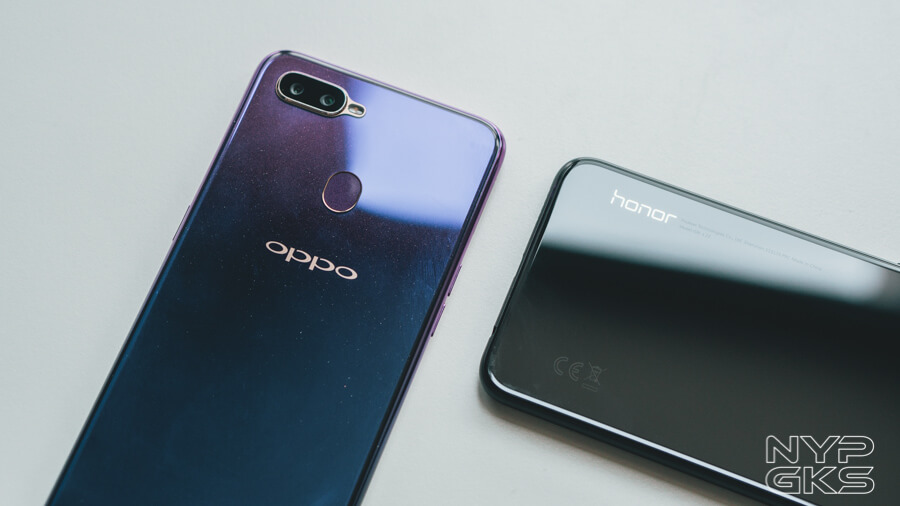 Today, we’re comparing the Honor 8X to one of the most popular midrange devices right now, the OPPO F9. Since its launch a couple of months ago, the OPPO F9 has become one of the best-selling smartphones under Php20,000.

In our Honor 8X versus OPPO F9 specifications and features comparison, we’ll see which of the two handsets offers more value for money. Let’s begin!

As you can see from the table above, it’s a close fight between the OPPO F9 and Honor 8X. Both phones have an equally impressive set of specs, with very little differences on the side.

Design-wise, it’s pretty subjective to say which handset looks better as it depends on personal taste. OPPO F9’s colors are youthful and refreshing, but the same can be said of Honor 8X which comes in three funky colors: red, blue, and black. In terms of durability and materials used, though, we have to hand it to the Honor 8X because it has a glass back panel in contrast to the plastic panel on the F9. 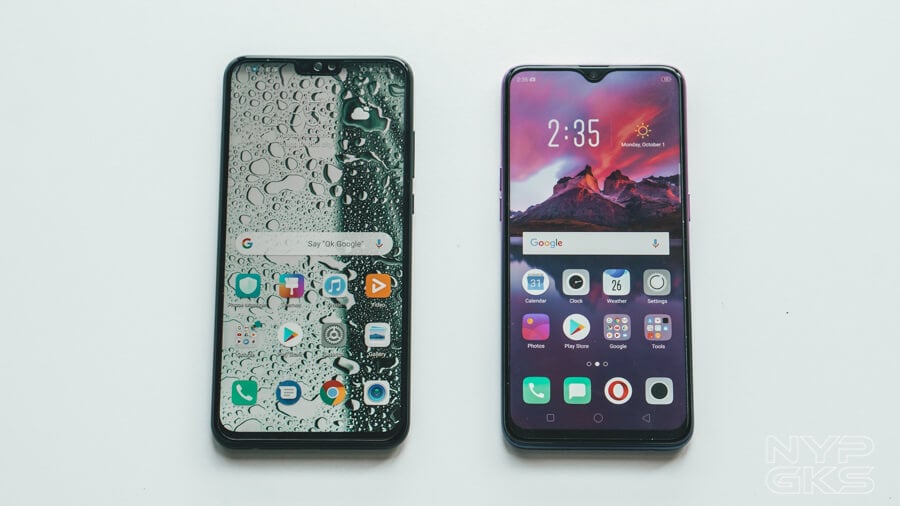 The Honor 8X has a larger 6.5-inch FHD+ FullView 2.0 screen, but the OPPO F9 has a smaller waterdrop notch compared to the traditional one on the former. This means that watching videos and playing games are more enjoyable on the Honor 8X because of the additional screen estate. Honor’s patented antenna also enabled the phone to achieve a staggering 91% screen-to-body ratio in a 5.5-inch long body.

Having a bigger screen also means it has a sizable body as well, which means that Honor 8X can fit a fairly huge 3,750mAh battery which is relatively bigger than the 3,500mAh battery capacity found on the F9. It lasts longer and watching several movies plus hours of gaming is possible on a single charge. Interestingly, the OPPO F9 is thicker despite having a smaller screen and battery. 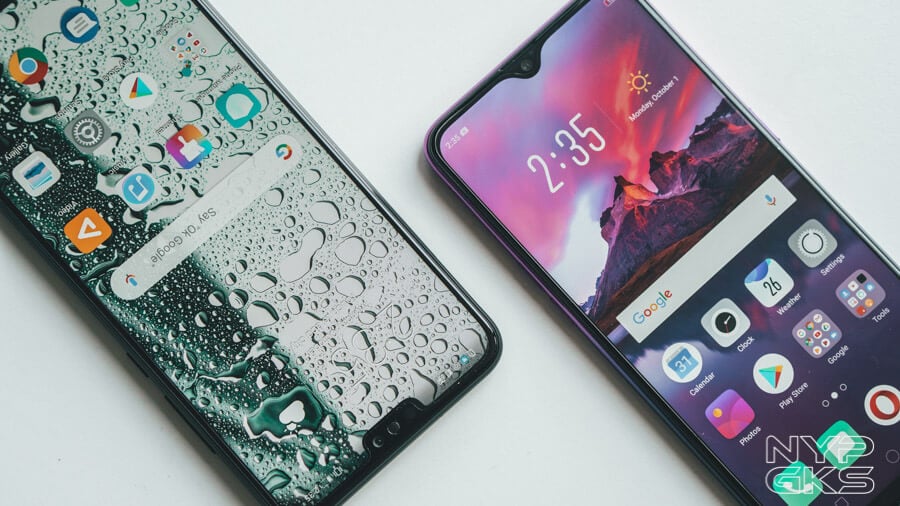 When it comes to processing power, it’s pretty much the same between the MediaTek Helio P60 of the OPPO F9 and Kirin 710 of the Honor 8X. Benchmark tests put them in the same league, and both of them are powerful enough to handle high-end games at respectable frame rates as well as multitasking using several apps at the same time.

The F9 has the edge with 2GB more RAM, but storage is only 64GB built-in. Honor 8x has 4GB RAM plus 64GB/128GB storage which is also expandable to up to 400GB. A lot of media can fit in on that storage already yet, both phones still support microSD storage expansion in case the user needs more space. 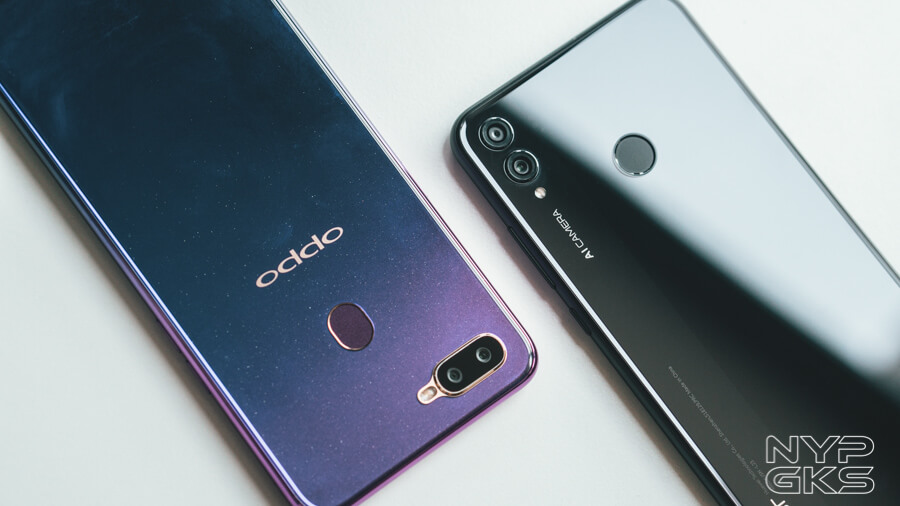 In the end, it all boils down to the consumers’ priorities. If they want a smartphone for media consumption and gaming, the bigger Honor 8X is the obvious choice. But if they care about selfies and flashy design, the OPPO F9 suits them better.