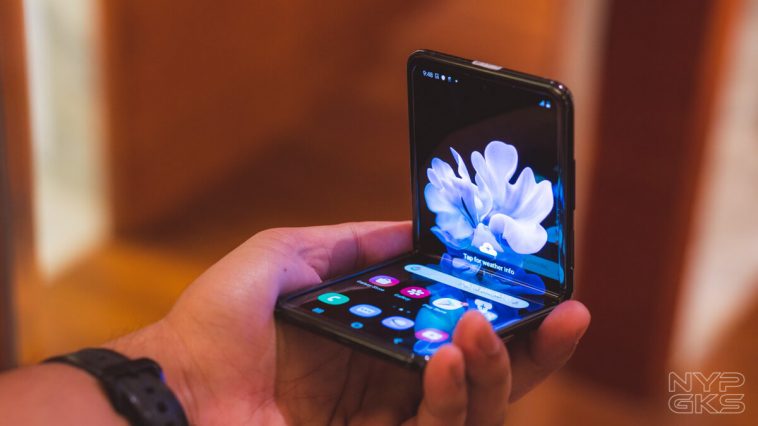 A few weeks before Samsung’s Unpacked event, we have already seen various leaks about its upcoming devices. Some of them are about its flip smartphone, the Galaxy Z Flip 5G.

So far, leaked images of the device shows a new Mystic Bronze color. Thanks to TENAA, we also know that there will be no drastic changes in specs of the 5G version except the chipset. XDA’s Max Weinbach also confirmed this statement when he said that the Galaxy Flip Z 5G will use the latest Snapdragon processor instead of the Snapdragon 855+ of the 4G version.

Max Weinbach added that the display, battery and even the punch hole will stay the same. The Galaxy Flip Z 5G will come with One UI 2.5. However, the device will be 0.5mm thicker than its predecessor but 0.1mm taller.

The leaks, however, are far from over. Just recently, Evan Blass posted on Twitter a supposed promotional video of the Galaxy. The video provides multiple angles of Samsung’s foldable device. If you’re interested, check the video below.

Samsung has not confirmed any of this information. We need to wait on August 5 for the official launch of the Galaxy Z Flip 5G along with other devices. Stay tuned.