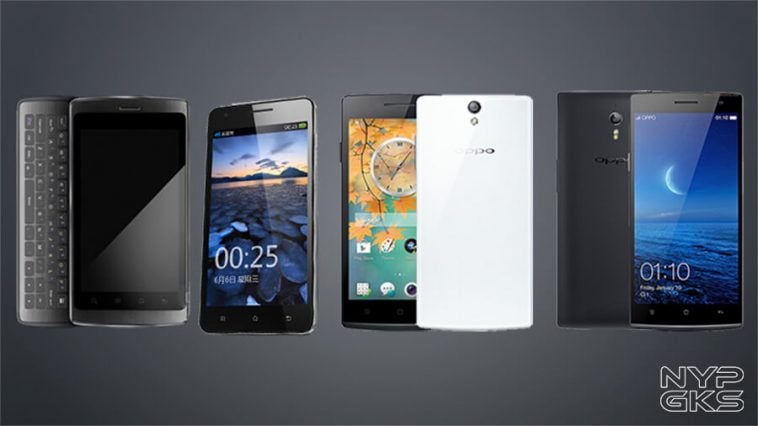 OPPO is scheduled to revive the Find series on June 19 when they launch the OPPO Find X at The Louvre in Paris, France.

But before we get too excited about the upcoming flagship smartphone from OPPO, let’s take a look back at the first members of the Find series tracing all the way back from 2011.

The OPPO X903 is the grandfather of them all. Officially launched back in June 2011, it was OPPO’s declaration of their entry in the smartphone scene. It has a 4-inch screen and it was equipped with a side-sliding QWERTY keyboard, 1GHz processor, and 512MB of RAM. While that set of specifications may sound low by today’s standards, it is actually what they considered as high-end seven years ago.

Next is the OPPO Finder. During its time, it was quite popular because it was crowned as the world’s thinnest smartphone. Measuring only 6.65mm at its thickest point, OPPO managed to beat other technology giants in producing the slimmest handset. In addition, it boasts a 4.3-inch Super AMOLED display, 1GB of RAM, and 1.5GHz dual-core processor.

When the OPPO Find 5 was made, the Chinese smartphone manufacturer turned its focus on the display. Other brands were still on 720p but OPPO jumped the gun and became the first smartphone from China with a 1080p screen. It’s also powered by a Qualcomm Snapdragon S4 Pro processor and 2GB of RAM — one of the most lethal hardware combinations of its time.

Moving on to the most recent member of the family, the OPPO Find 7 was the first mobile phone in the world to have 2K resolution on its 5.5-inch screen. It’s also the same device that introduced the company’s proprietary VOOC fast charging technology which turns 5 minutes of charging into 2 hours of talk time. It was released back in May 2014, more than 4 years ago today.

Considering their track record of incorporating all these innovative technologies, we’re very excited to see what the upcoming OPPO Find X will be able to offer. Here’s to hoping that they would unveil another remarkable feat that would shake the smartphone world.