Large 65-inch TVs has been around for many years now. But there’s nothing quite like NVIDIA’s new BFDG monitors.

Dubbed as “Big Format Gaming Displays”, the NVIDIA BFDG will bring all the fun stuff you’re getting from your average-size gaming monitor to a large, almost-theater-like, 65-inch monstrous screen.

Unlike the conventional flat-screen TV that sits in your living room, these BFDG monitors will have an ultra-fast refresh rate of 120Hz. And with the help of NVIDIA’s own G-Sync technology, you can expect buttery smooth frame rates. For as long as your graphics card supports it, of course.

And to further stress GPUs, NVIDIA BFDG monitors also pushes 4K HDR support — perfect for both gaming and watching movies. It also has direct backlighting that can have a 1,000-nit peak luminance and DCI-P3 color gamut to assure that the colors are good. 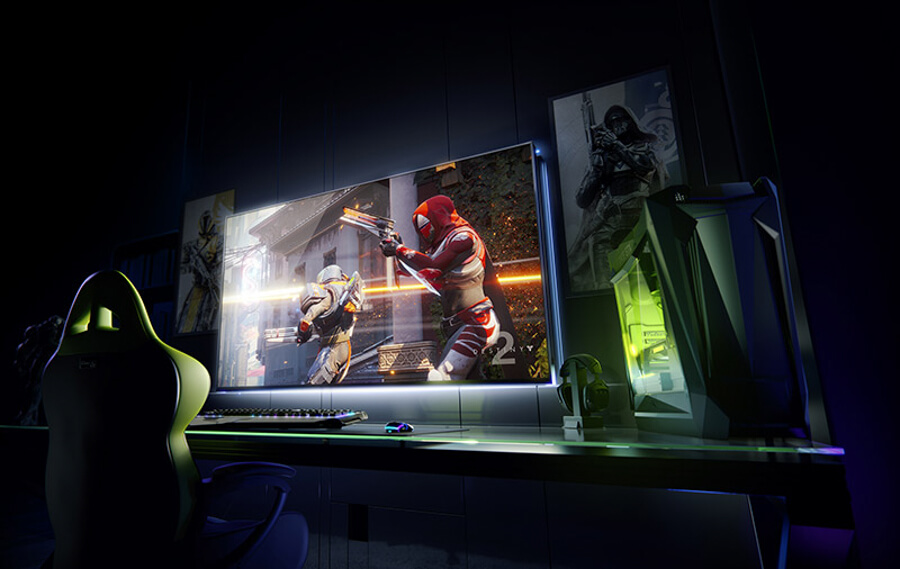 Moreover, BFDG monitors will also have a built-in, Android TV-based NVIDIA Shield. Together with the bundled Shield game controller and remote, you can access apps like Netflix, YouTube, and more with ease.

NVIDIA hasn’t revealed yet the official manufacturers who will make the BFDG monitors. However, we’ve spotted the PG65 from ASUS, which looks really gorgeous on the renders (as seen in the photo above). The pricing and availability were not revealed yet, but we can expect to hear more about NVIDIA BFDG monitors this summer.