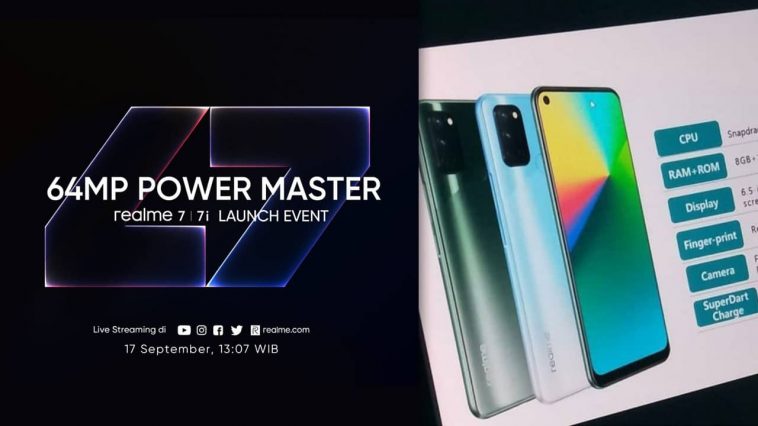 Realme is gearing for another smartphone release with the upcoming Realme 7i.

The Realme 7i release will come just weeks after the Realme 7 and 7 Pro came out. And as the name and its leaked specs suggests, this is going to be a more affordable option.

Leaked press material for the device reveals a couple of its key specs and features. Primarily, the Qualcomm Snapdragon 662 octa-core processor that it comes with.

Launched back in January, this chipset is built on an 11nm process, clocked at 2.0GHz, and has an Adreno 610 GPU. It will be partnered with an 8GB of RAM and 128GB of internal storage.

It will also have a 90Hz refresh rate screen despite only having an HD+ 6.5-inch display. The nice thing here is, technology became so advanced that we’re seeing the 8GB and 90Hz buzzwords on affordable smartphones.

Moreover, the leaked material reveals that it will have a punch-hole on the left for the 16-megapixel selfie snapper. While on the back, we have a Realme 7-like design with a 64-megapixel main camera, 8-megapixel (most definitely an ultra-wide), and two 2-megapixel sensors.

We then have the generous 5,000mAh battery — a common sight on budget phones — as well as 18W fast charging.

I guess that’s everything to know about the Realme 7i’s features. All that’s left is the price, which will be announced in Indonesia on September 7 at 1 PM (WIB), alongside their local release of the Realme 7.