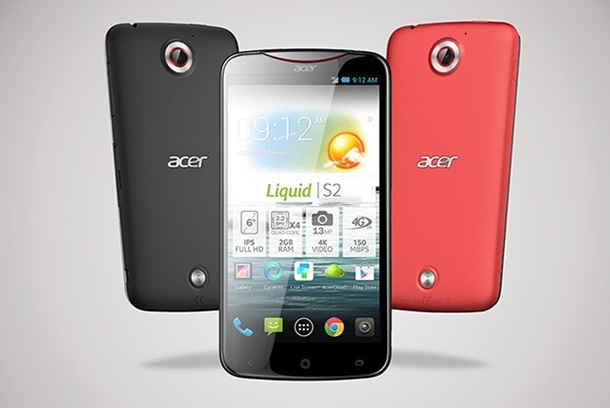 Acer’s latest foray into the phablet arena comes with a big bang. The new, 6-inch Acer Liquid S2 not only touts 4G LTE connectivity but is also the world’s first smartphone to record 4K video.

The Acer Liquid S2 has remarkable specs that include powerful shooters, a Qualcomm mobile CPU, and a full HD IPS display. The device is actually one of the very few from Acer’s Liquid smartphone line-up to come with high-end hardware. It has 16GB storage onboard, which can be increased by up to 128GB through a microSD card. There’s also a 3,300mAh battery that should allow the phone to keep running for a long while.

Whether or not the 4K video recording is an impressive, must-have feature is ultimately up for the interested consumers to decide. After all, not many devices today are capable of fully rendering content at such ultra-high definition (3840×2160) pixels, and the ones that do cost several thousands of dollars. Even the Acer Liquid S2 is unable to do such feat with its 1080p display.

Acer has slated the Liquid S2 for a European launch in October. Pricing, along with availability in other markets, remains to be revealed. Available colors at launch are red and black.