After months of rumors and speculation, the Samsung Galaxy Note 3 has finally been revealed at the IFA 2013 in Berlin, Germany. Thanks to the abundance of leaks, there wasn’t too much to be surprised about, but Samsung still has a few things up its sleeve that would wow fans who have been eagerly awaiting the Note 3. So is it worth the wait? 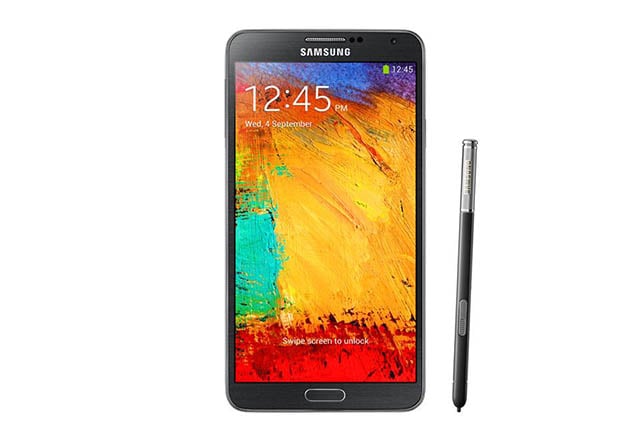 Note fans will be treated to an all new look. The Samsung Galaxy Note 3 is more squarish than its predecessor, minimizing the bezel to keep the overall size down. In fact, the Galaxy Note 3 isn’t that much bigger than the Note 2, measuring at a svelte 151.2mm x 79.2mm x 8.3mm. The back cover is made from the same plastic as on the Note 2, but this time it sports a faux leather finish and even false stitching to mimic the effect of a closed notebook. Overdoing it a little? Honestly, it’s actually quite pretty, and the S-pen has been made symmetrical so you don’t have to rotate it to get it into its silo. 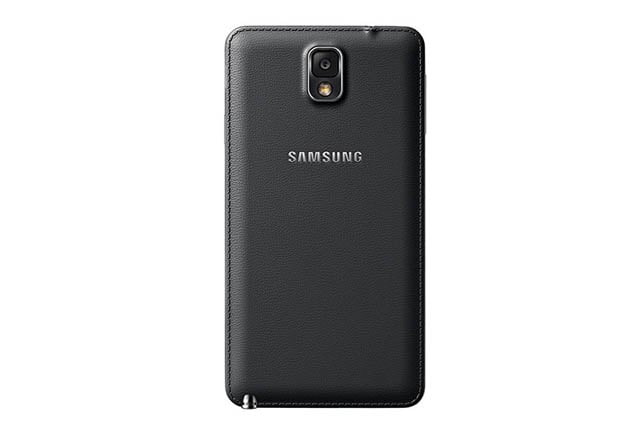 The Samsung Galaxy Note 3 features a 5.7″ Full HD (1080 x 1920) Super AMOLED screen with a pixel density of 386ppi. Super AMOLED is a display technology that eliminates the back light, making it more energy efficient when displaying darker themes. Because it doesn’t require a back light, it is capable of producing true black for unmatched contrast. Super AMOLED has received a lot of flak in the past for being too saturated, but Samsung has mastered the art of calibrating this kind of display as seen on the Samsung Galaxy S4, and it’s pretty obvious from hands on images that this same calibration has been passed on to the Note 3.

The Galaxy Note 3 is powered by either a 2.3GHz quad core Snapdragon 800 or 1.9GHz octa core Exynos processor, with the Philippines expected to receive the Snapdragon variant. Couple that with 3GB RAM, a 3,200mAh battery and the massive 5.7″ screen and the Samsung Galaxy Note 3 figures to be a monster multi-tasker.

The Samsung Galaxy Note 3 comes in 16GB, 32GB and 64GB options and is expandable via micro SD up to 64GB. It comes equipped with a 13mp camera that is capable of shooting 4k video and a 2mp front-facing camera for video calls and selfies. Naturally, it comes with complete connectivity options, including 4G/LTE, WiFi a/b/g/n/ac, Bluetooth 4.0 LE and NFC. 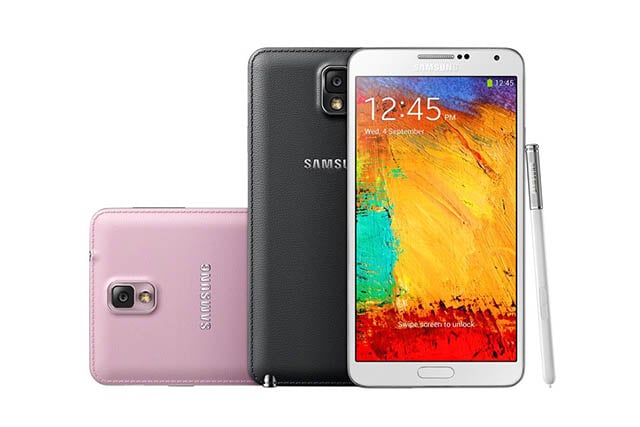 The Samsung Galaxy Note 3 is scheduled to roll out globally beginning September 25. No word on pricing yet as it will be announced closer to release date.