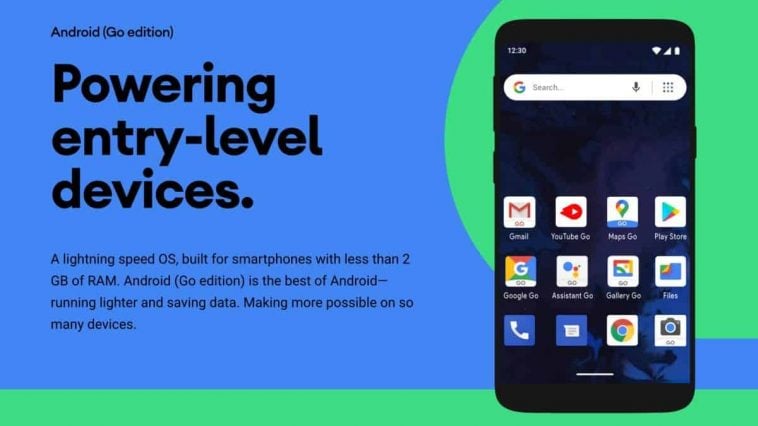 Google announced in 2017 the Android Go Edition, a modified Android version for low-end devices which was specifically built for devices with less than 1GB of RAM. Google in conjunction also released the light weight “Go Edition” for a number of its other extra services. Before, Android Go was not a requirement for low-end budget devices. But that may change soon.

In a copy of Google’s guide on Android 11 Go Edition Device Configuration that was leaked online, the main plan is to ‘force’ Android Go Edition for any newly launched devices with RAM of 2GB or less. Below are the requirements expected to be followed.

SEE ALSO: How to get rid of malware from your Android smartphone

Android Go as mentioned, was first released for devices with less than 1GB RAM, although it was actually not required for OEMs implementation. Android Go introduction to handsets with 2GB RAM is somewhat new. It seems the changes came up last year and was updated on Google’s website. The 64-bit kernel/userspace into the Go Edition ecosystem was due to the inclusion of 2GB RAM.

There will be big changes to how the entry-level Android devices are perceived as a result of the upcoming requirements. The installation of Android Go on devices with 2GB and 1GB means the overall performance will be better for everyone. In addition, the drop in support of Android 11 low-end 512MB devices simply means there won’t be any of them moving forward.