This year is likely going to be a year of flagships and Huawei has set the ball rolling with the release of its first flagship phone for the year. The Honor V9 comes from the stable of Huawei’s Honor brand and is a successor to the Honor V8 released last year.

The Honor V9 was launched with some cool accessories like a Bluetooth wireless headset, tripod, holster, and car charger with fast charge support, which would definitely make using the smartphone a delight. It did not disappoint in the design it adopted, especially its ultra-thin frame made from metal.

Taking a look at the specifications still keeps us impressed as well. The Honor V9 sports a 5.7-inch display with 2k resolution. The flagship gets its juice from an octa-core Kirin 960 chipset backed by a capable 6GB RAM while there is 4GB of RAM in some models. The handset is available in two memory versions, one with 64GB of storage and another with 128GB of storage space. The smartphone also packs a battery with a large 4000mAh capacity. Just like all other new Honor smartphones, it11 runs on Android 7.0 Nougat based on EMUI 5.0. 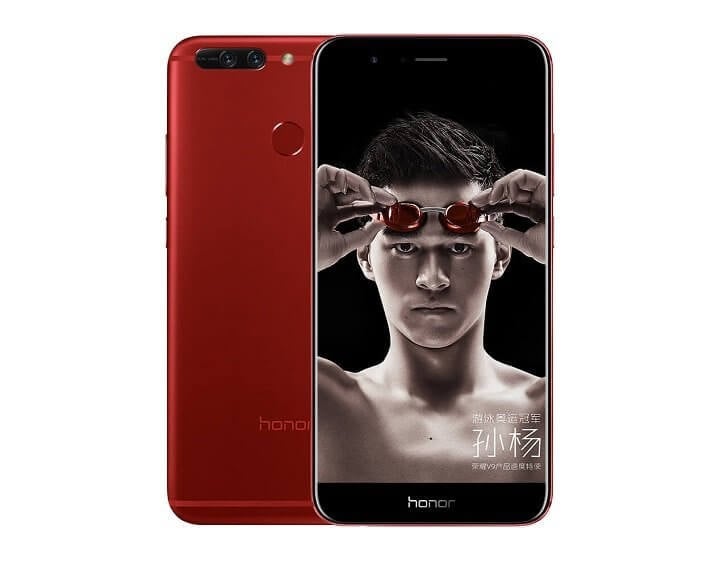 On the camera end, the sleek Honor V9 features a spectacular dual-lens camera setup at the rear each sporting a 12MP sensor. The secondary camera at the rear is a depth of field sensor that brings Bokeh effect to the camera images.