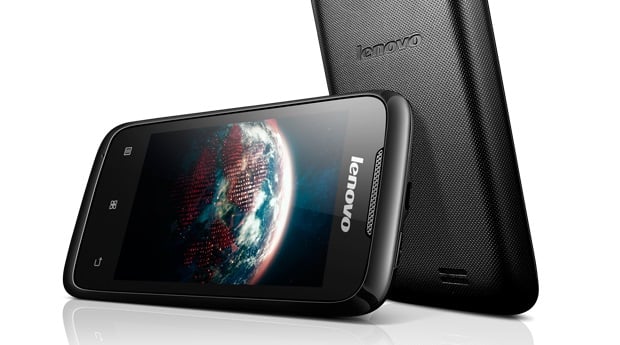 Lenovo has unveiled its most affordable smartphone for this year—the Lenovo A269i. This new handset will only set consumers back Php2,799 (SRP), but it also offers low-end specs: 1GHz dual-core processor, Android 2.3 Gingerbread, and a small touchscreen.

Indeed, this Lenovo phone is one of the cheapest choices for dual-SIM capability and a good buy for first-time Android users. Naturally, it can’t deliver the best of Android and its apps with its underpowered CPU and limited amount of RAM, but it’s adequate enough for the basic phone functionalities. Also expect the internal storage to run out fast too, meaning you’ll eventually need a microSD card for external expansion.

Other specs include G-Sensor (accelerometer), proximity detection, a 3.5mm audio jack, MP3/MP4 player, and microUSB 2.0 connectivity. As mentioned above, it also comes with dual-SIM configuration, allowing users to have two phone numbers in one unit. A Wi-Fi hotspot can also be set up to share the device’s Internet connection with other mobile devices. The battery is estimated to last up to 20 hours of talk time and 21 days while on standby.

Only available in color black, the Lenovo A269i is now sold in all Lenovo retail stores nationwide for Php2,799. It’s one of the cheapest handsets that entitle an entry to Lenovo’s LIVING L.A.RGE promo, letting users give a chance to see Kobe Bryant live in Los Angeles, USA early next year. More details can be found in promos.studio23.tv.