There’s a new range devices that O+ showcased recently, the O+ 360s. As the name initially suggests, these devices sport a back touch panel. This new feature is something very unusual, which makes it one of the key selling points of these devices.

Today we have here the introductory device from this new line-up, the O+ 360. This one came out first and has been followed by the O+ 360 Alpha and O+ 360 Extreme.

But the question is, will the back touch panel feature be beneficial to the overall usage, or just another novelty? Let’s find out in our full review of O+ 360.

The device’s overall look is something a little identical to other Android devices that are on this particular category. Although, this one has a bit more sturdy and high-end feel due to its large 5″ screen and the proper use of polycarbonate materials. The device is made of plastic, of course, but it doesn’t appear cheap. The device still feels well-built and very solid, plus the plastic body makes it feel light in the hands.

The 5-inch IPS display, 5MP front-facing camera and the capacitive buttons are at the front. 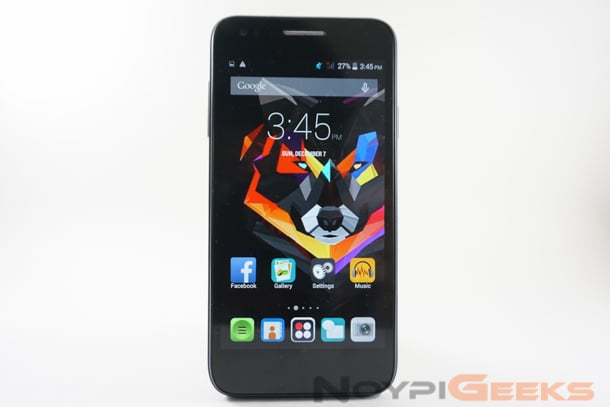 The left side has the volume rocker while the right only has the lock/power switch. A big thumbs up to these buttons as they’ve been really well-made. The buttons were distinctively tactile which made it very clicky.  Large buttons are also way better than the entrenched ones as it prevents accidental press. 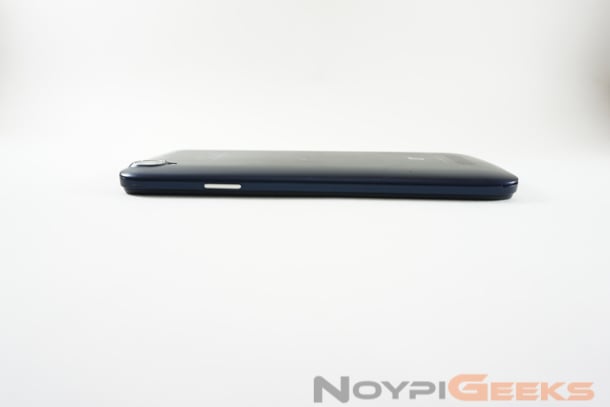 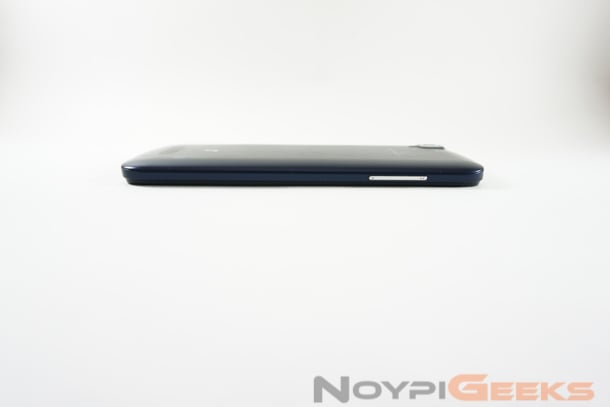 The bottom has the built-in mic while the top has the microUSB Port and the 3.5mm headphone jack. 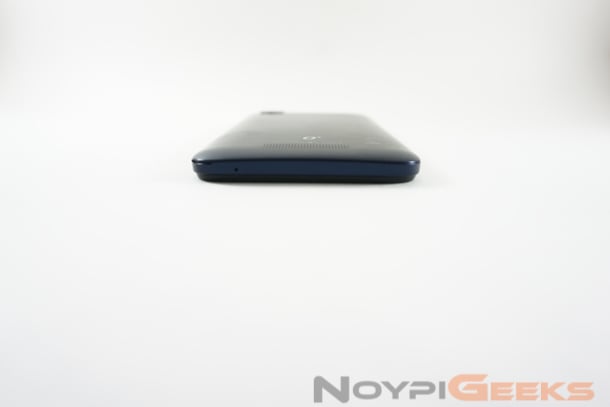 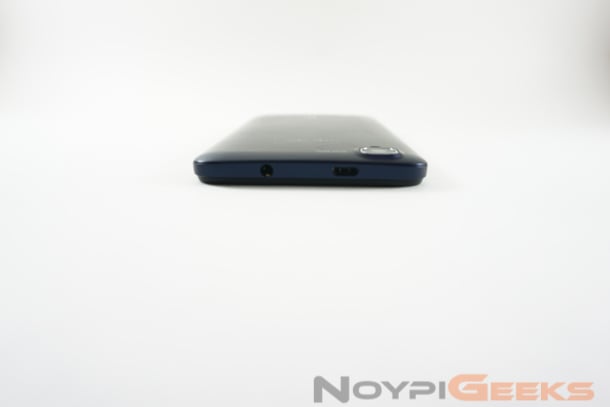 The back houses the 8MP primary camera, the 360 touch panel and the loudspeakers.  The loudspeaker output is also applaud-able on this one; the volume level is just something faraway compared to other competing devices. Popping-out the back panel also houses the two SIM card slots and the 1700mAh battery. 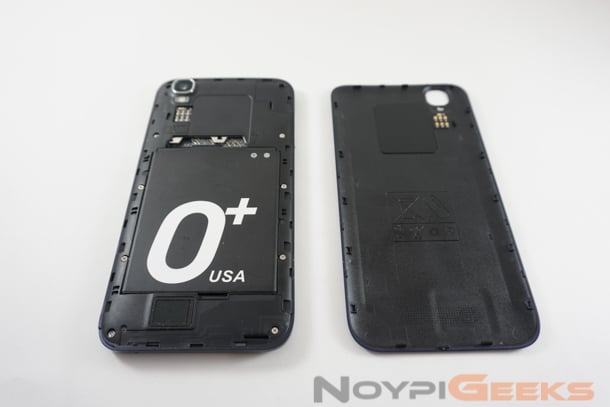 Yup, the selling point feature of this device. The device boasts a touch panel at the back. But make no mistake, this one is not a physical button like the LGs have.  It’s not even literally a back touch/display panel. This one is something like the touchpad on laptops, which detects taps and swipes. 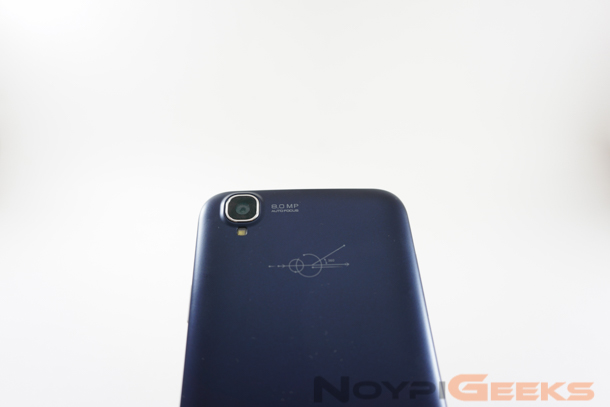 The whole receiver is placed at the back of the device, in between the topmost and the center part of it. There’s a figure/illustration that kind of instructs you where to tap and swipe your fingers. The receiver is attached to the actual back cover of the device.

As what I have actually tested, this feature is not just a mere novelty as this thing can really increase the productivity and ease of use in using the device. It’s perfect for one-handed operation, and also for users with small hands.

This thing caters all the swiping and tapping, the gestures that you normally do on the actual screen can be more conveniently done here. Which means you can browse the home screen, gallery, social networking apps and many more single-handedly without blocking the view from your screen. It can also be used for effortless selfies, so you skip the hassle of holding the device in different and cumbersome ways just to press the on-screen shutter button.

The 360 feature can be enabled in the settings menu. But bear in mind that when it’s on, it’s on. There are times when I accidentally pat the back panel that houses the mechanism and the device responds annoyingly.

The budget-friendly price of the O+ 360 means that it has an underwhelming display quality. It features a compelling 5″ IPS FWVGA display – but with a catch – a resolution of 480×854 resolution and 196 pixels-per-inch. Having said that, you can expect some mediocre performance from the display, but considering its price tag, it’s still very acceptable. 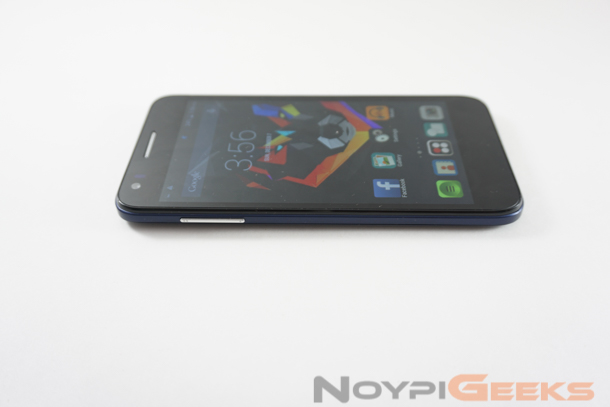 The large screen is good for gaming due to the extra space that will house the on-screen controls; for movies, it’s also respectable, although the pixels are really noticeable. Sunlight legibility is something you might expect, it’s still usable with normal daylight, but extreme sunlight may require you to cover the device with your hands to be able to see the display.

The device’s processing power may be not notable, but still pretty respectable. It’s being kicked by MediaTek’s 1.3GHz quad-core Cortex A7 Processor, with 1GB of RAM and a standard Mali-400MP GPU.

App switching is quite decent. You may flawlessly move from one app to another without the worry of app-restarting. Although, it is a different story when you try to move away from a game, and then switch back again, because that requires more memory. 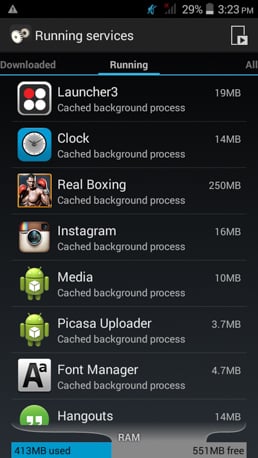 Speaking of gaming, mobile gamers that are on a budget may find this device very appealing.  The games that I’ve tested on this one ran impressively. This is probably because of the combination of the device’s low screen resolution and its decent processor. The ocular feel of the game may look a bit awful and sacrificed, but for an economical device like this, the gameplay may really be more of the priority.

For a perspective, I’ve ran the device through Antutu Benchmark and NenaMark 2: 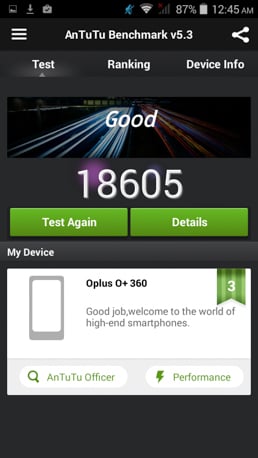 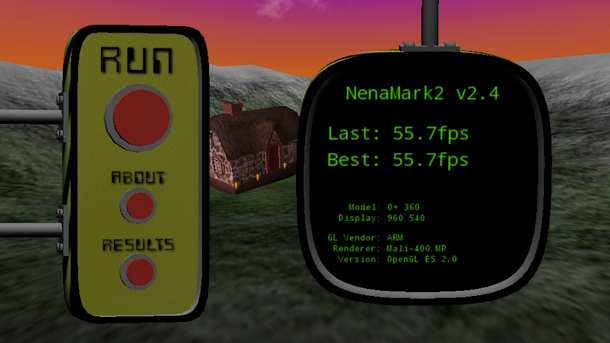 The scores are something really acceptable for the device that has this particular chipset.

Another plus on this device is its operating system that’s running on Android 4.4.2 Kitkat. Although this particular version is no longer the latest as of writing, it’s still okay as it’s been designed for handsets like this. We don’t have any information on plans for an Android 5.0 Lollipop update, but don’t get your hopes up as it’s probably not going to happen. 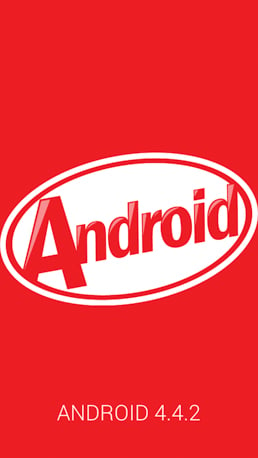 Since the whole UI runs on the same and familiar Android UI, there’s nothing really much to talk about on this part. I would just like to note that there are some apps that come pre-installed on this one. We got things like iWant Stars and iWant TV from ABS-CBN and also some homemade O+ apps like the O+ Air Share and an app that just basically contains all of their contact addresses and social media accounts. 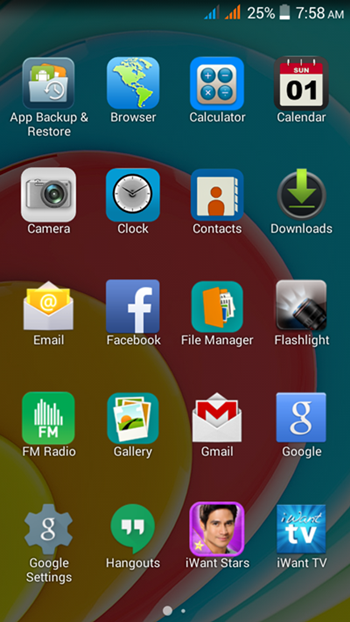 The O+ 360 only has 8GB of built-in storage which is enough to store several hundreds of photos and tons of apps.  But if the on-board memory won’t suffice, the microSD card slot can support an additional 32GB of external storage. Also another bonus from O+ is the inclusion of the free Sandisk 4GB microSD memory card.

A 1700mAh battery powers this device. The capacity may look a bit scant on paper, but as what I’ve experienced with it, this guy has been very dependable. The device can surprisingly last for up to one and a half days with light to moderate use, and up to three to four hours of screen-on time. 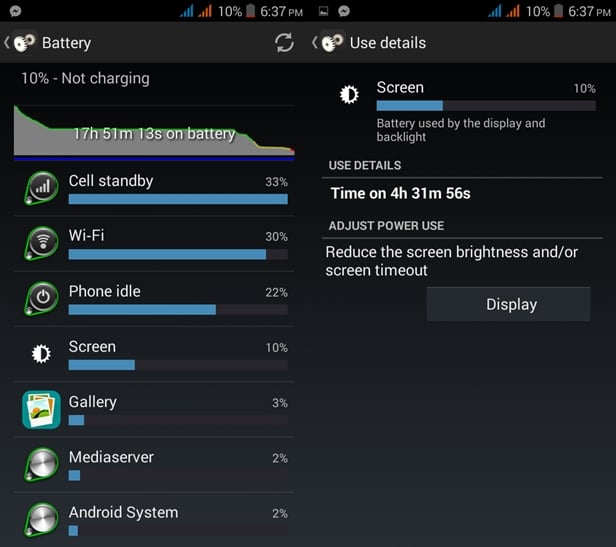 The 8MP primary camera on this one is a decent shooter. Photos look vibrant with the just the right exposure and saturation. Probably the main thing that bothered me is the on-screen viewfinder or the camera app, which is a bit laggy and fails to follow what the camera sees in real time.

O+ USA also became extra generous as it graced the device with a 5MP primary camera, which is perfect for selfies and video calls. Plus, it also kind of tells you to check out the back-to-back touch feature.

Check out our sample shots: 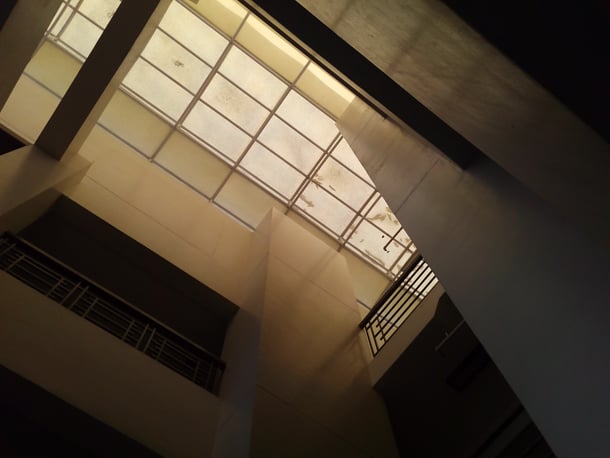 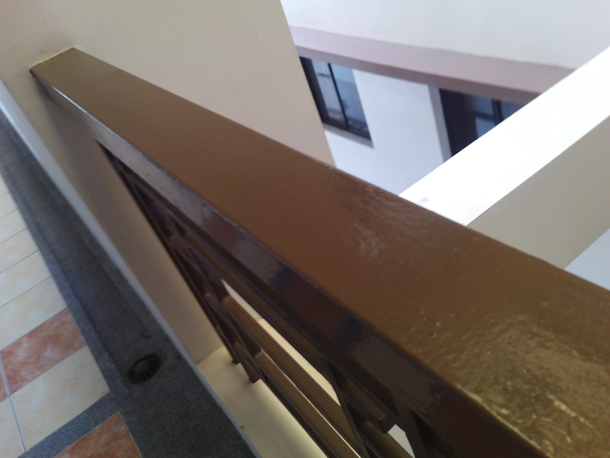 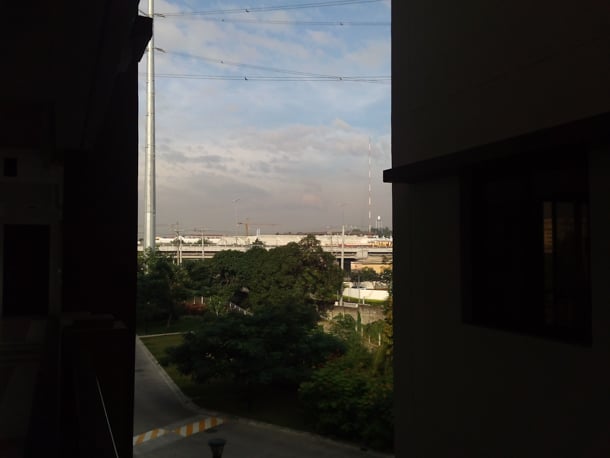 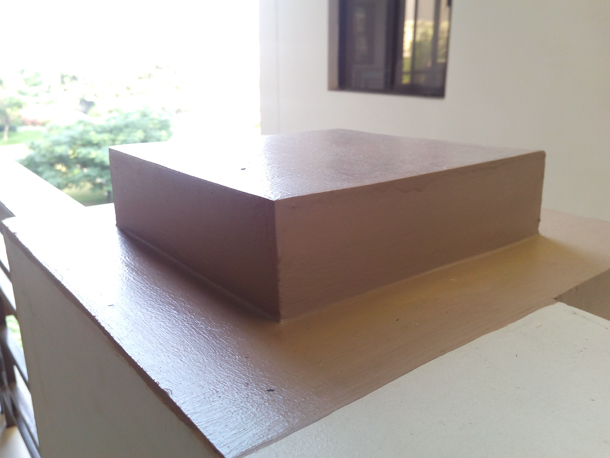 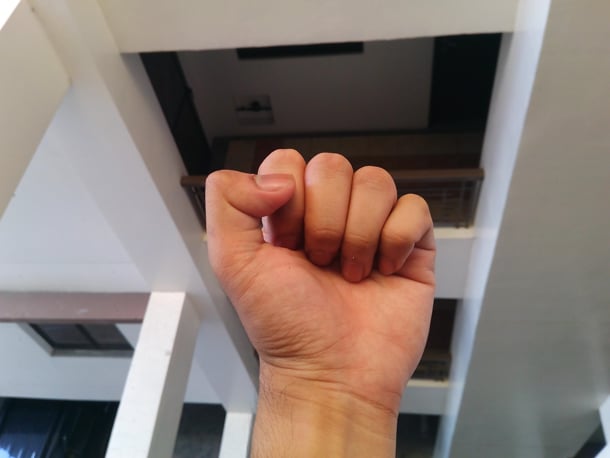 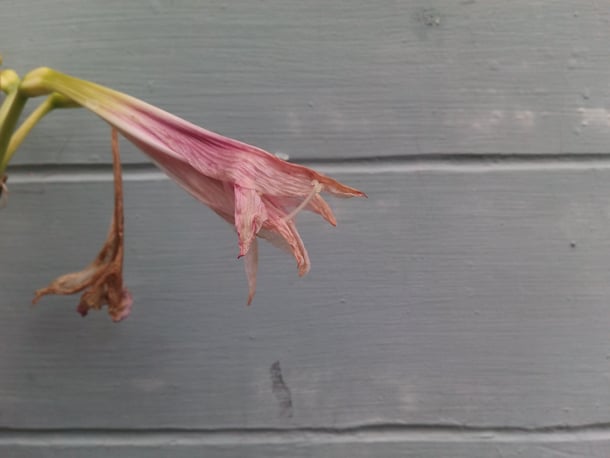 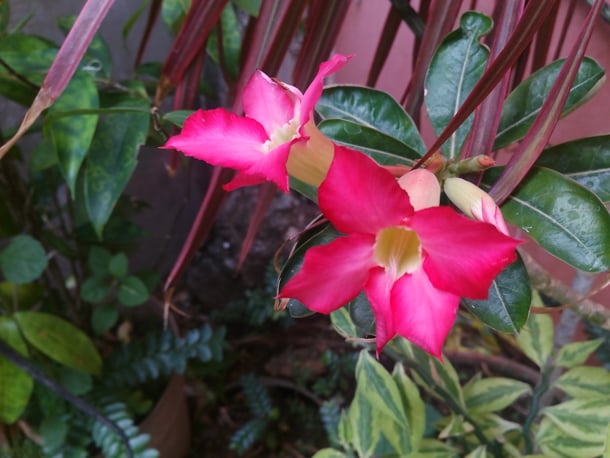 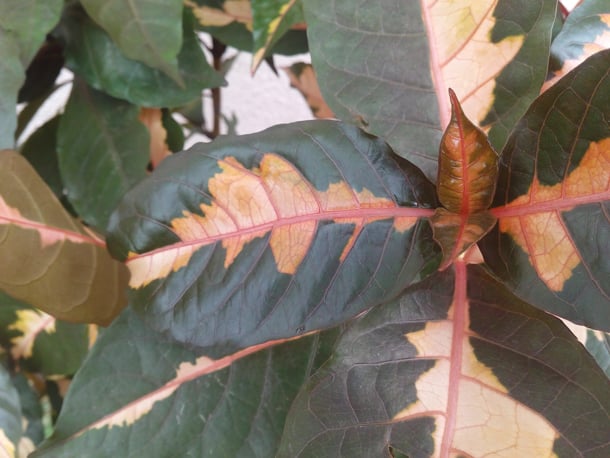 The O Plus 360 brings a new dish in the table. Something new, something innovative, but still something that’s up for everyone to judge. Some might find it a silly gimmick, while some might find it very useful. I find myself kind of caught in between, there are times that I find it more convenient to use the device’s actual screen to interact with the device, rather than using the back touch panel. But most of the time, using the touch panel at the back can really be convenient. Operating the device with only one hand and effortlessly taking selfies are probably what I loved with this feature. 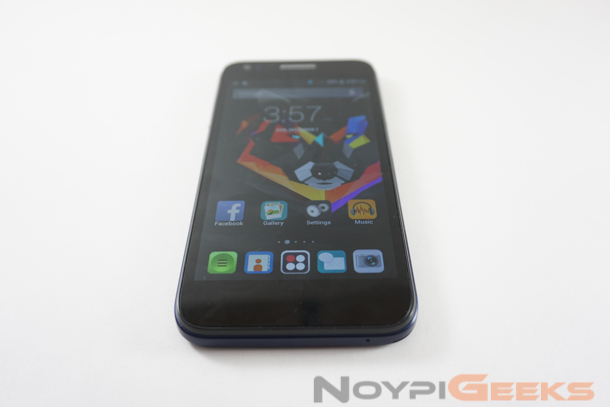 The other aspects are also almost above average for its price tag. The battery is very dependable, the 5MP and 8MP camera are fantastic shooters, a large 5″ display, and of course, Android 4.4.2 Kitkat.

If you think this handset if for you, you may now get yours for an asking price of only Php6,395. But if you’re still not appealed, you may try other devices that are on this mid-range category and see which of them you like the most.