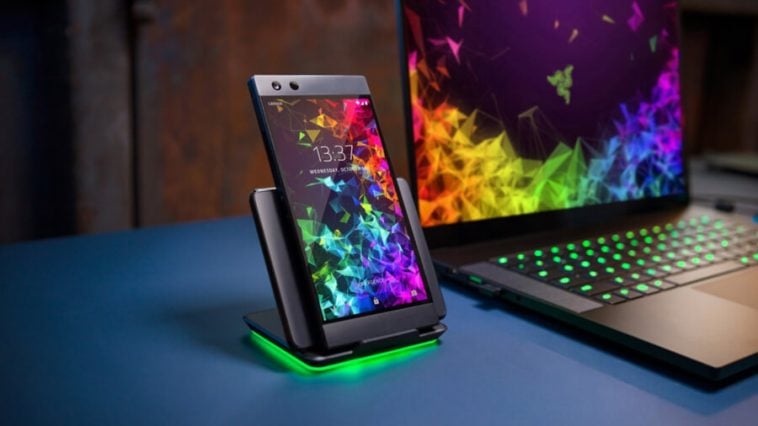 Razer surely knows who their products are for. And with the new Razer Phone 2, the gamer-centric company brings tons of improvements to an already impressive smartphone.

Right on the surface, the new Razer Phone 2 looks very identical to its predecessor. However, the company did some subtle but really substantial design changes on the version two.

For one, Razer replaced the CNC-machine aluminum back panel in favor of glass. This allowed them to finally incorporate wireless charging on their smartphone. Also, the triple-headed snake logo on the back is now RGB-enabled and works with Razer Chroma.

It is also worth noting that the Razer Phone 2 is now IP67 water resistant, to keep up with other flagship smartphones from other manufacturers. One of the main hiccups that the first Razer Phone has was its disappointing camera quality. But with this sequel, Razer used a 12-megapixel primary rear camera with dual-pixel autofocus, a large f/1.75 aperture, and optical image stabilization. The Razer Phone 2’s screen is still a 5.7-inch QHD IGZO panel, with the signature 120Hz refresh rate, and comes with HDR support a DCI-P3 color gamut coverage. But this time around, the screen has 580-nits of maximum brightness, which is 50% better than its predecessor.

In addition, Razer is putting up a resistance and still implements a 16:9 aspect ratio on their new device. This allows them to completely disregard the notch and have room for their well-known front-firing stereo speakers. As for the performance, we really expected nothing less from the Razer Phone 2. It’s using a Qualcomm Snapdragon 845 chipset as the main workhorse handled with the new vapor chamber cooling system.

The processor is aided by 8GB of RAM and 64GB of UFS storage. And to keep it juiced-up, the Razer Phone 2 comes with a 4,000mAh battery.

The Razer Phone 2 will have an official price of USD799 (~Php43,400). It will be available in the US, Asia-Pacific, and Europe before the year ends. And for those who want to be first in line, the device will be available for pre-order through Razer’s official website starting today, October 11.