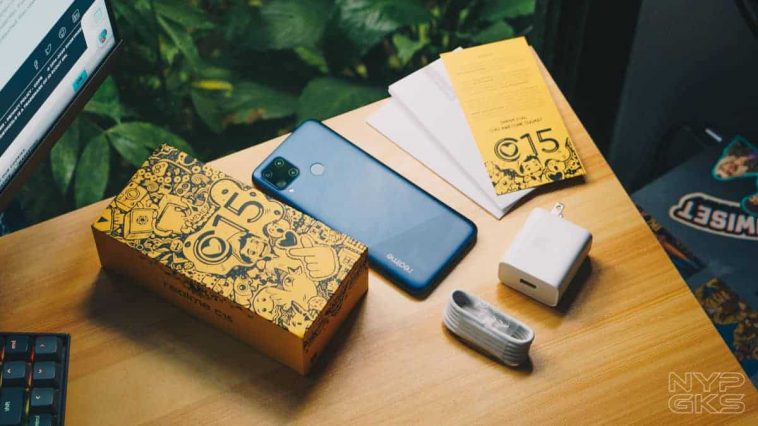 Here comes another budget smartphone from Realme. Meet the Realme C15, which just made its way to the Philippines.

With the Realme C15, you are getting an entry-level 2.3GHz MediaTek Helio G35 octa-core processor. You can pair it with 3GB/64GB or 4GB/64GB of RAM and storage. If 64-gigs is not enough, you can always throw in a microSD card.

We also have a large 6.5-inch HD+ screen on the front, with a waterdrop notch on top for the 8-megapixel selfie snapper. We then have a quad-camera setup on the back that consists of a 13-megapixel main and 8-megapixel ultra-wide cameras. The back panel itself has a unique geometric gradient design that you can get in Marine Blue and Seagull Silver.

The main highligh of the Realme C15 is its large 6,000mAh battery and 18W fast charging. That’s something we don’t normally see on smartphones at this price.

Speaking of which, the Realme C15 has an official price of Php6,490 for the 3GB/64GB. It will be available exclusively on Lazada/online starting August 20 at 6:30 PM. We also have the 4GB/64GB variant for Php6,990 that will be available on both online and offline stores.

A special PH Squad Edition Box with doodle art will have the 3GB/64GB on the inside and will be available in Lazada starting August 20 and 8.28 Realme Super Brand Day.