ZTE made headlines at the recently concluded Mobile World Congress (MWC) 2017 in Barcelona for the 5G-enabled Gigabit concept phone it unveiled which is said to have download speeds of up to 1GBps.

On the specs angle, the ZTE Blade V8 Mini comes with a 5-inch HD display and is fired up by an octa-core Qualcomm Snapdragon 435 processor clocked at 1GHz backed by 2GB of memory. The graphics are powered by an Adreno 505 GPU. There is an adequate 16GB of internal storage, which can be ramped up to a maximum of 256GB via microSD.

In terms of camera, the Blade V8 Mini packs a dual camera setup at the rear comprised of a 13MP primary sensor and a 2MP depth of field sensor. The rear camera comes with features such as bokeh effect, post-capture focusing, automatic HDR and a 3D shooting mode. Up front, there is a 5MP selfie camera with LED flash for illumination. Furthermore, there is a 2800mAh battery under the hood keeping the lights on. The smartphone also packs a rear-mounted fingerprint sensor and runs Android 7.0 Nougat-based Mifavor 4.2.

According to ZTE’s itinerary, the Blade V8 Mini will first launch in European and Asian markets sometime in Spring. The price has not been disclosed yet. 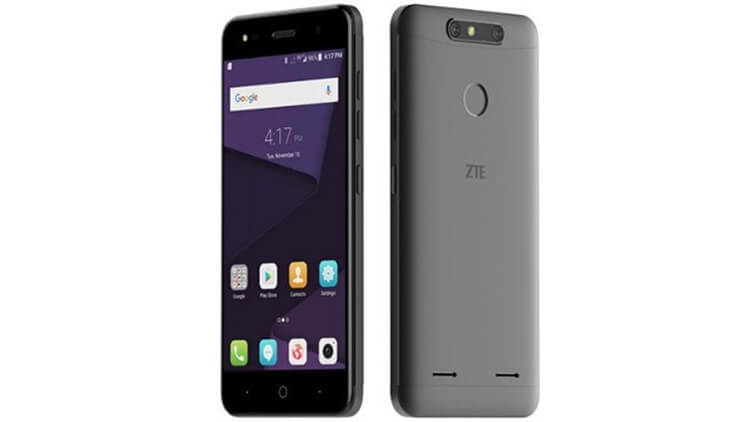 The ZTE Blade V8 Lite comes with a 5-inch display with a resolution of 1280 x 720 pixels. The phone is powered by an octa-core MediaTek 6750 processor as against the Snapdragon SoC on the V8 Mini. Complementing the processor is a 2GB RAM while there is also 16GB of expandable storage onboard the V8 Lite. The phone runs on Android 7.0 Nougat with ZTE’s Mifavor 4.2 on top.

As for the camera, the ZTE Blade V8 Lite comes with an 8MP rear camera with autofocus and LED Flash, as well as a 5MP front camera for selfies. ZTE has crammed a 2500mAh battery inside the smartphone which also has a dimensional measurement of 143 x 71 x 8mm. The V8 Lite also comes equipped with lots of connectivity features and there is a fingerprint sensor at the back of the device.

The Blade V8 Lite will hit markets in Italy, Germany, and Spain first. Meanwhile, Asia Pacific and European markets will get it later on. Both the smartphones run on Android 7.0 Nougat out of the box, along with ZTE’s Mifavor 4.2.