Gionee has taken the wraps off not one but two of its new smartphones in an all-new A series.

The Gionee A1 and A1 Plus both pack mid-range specs but come withs large batteries, quality selfie shooters, and top-notch audio systems. Although both feature phablet size screens, the Gionee A1 Plus comes in with a larger display and a more sophisticated specs setup. We’ll take a look at the specification of the two smartphones.

The Gionee A1 comes with a 5.5-inch AMOLED display with a resolution of 1920 x 1080 pixels. The smartphone is powered by a MediaTek Helio P10 chipset with the backing of 4GB of RAM making available enough room to take in a number of games and apps. The A1 also comes with 64GB of internal storage which is expandable via microSD.

The photography aspect is taken care of by a 13MP rear-facing camera with f/2.0 aperture and LED flash. Up front, we even get a bigger 16MP camera with f/2.0 aperture and LED flash as well. It’s a dual-SIM phone and has a dimension of 154.5 x 76.5 x 8.5mm around its body. Keeping the lights on is a mammoth 4010mAh battery, so it is no surprise the A1 weighs a hefty 182g. On the software end, the Gionee A1 runs Android 7.0 Nougat out of the box and comes in gray, black and gold colors. 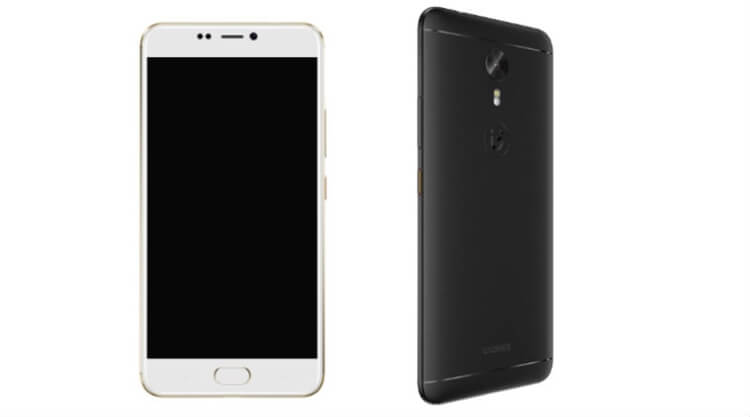 If you think the Gionee A1 is huge at 5.5 inches, then the A1 Plus is an undeniable monster at 6 inches. Yes, the Gionee A1 Plus sports a 6-inch IPS LCD display with 1920 x 1080p resolution and a dimension of 166.4 x 83.3 x 9.1mm. The phone is powered by a MediaTek Helio P25 processor backed by 4GB of RAM and with 64GB of internal storage that can be easily expanded via microSD.

The smartphone comes with a dual camera setup at the rear with a 13MP primary sensor and a 5MP secondary sensor. The rear camera has an aperture of f/2.0 and LED flash for illumination. The Gionee A1 equally packs a powerful 20MP front-facing camera with f/2.0 aperture but no LED flash.

There is an even larger 4550mAh battery onboard the smartphone with 18W Ultrafast charge capabilities. The battery size rubs off on the weight of the phone which is 226 grams. The phone also come with Dual SIM/ Dual Standby support and runs Android 7.0 Nougat. There is a sophisticated audio system installed made up of a stereo speaker with MaxxAudio. It also features an IR blaster and lots of connectivity options including 4G LTE, GPS, etc.