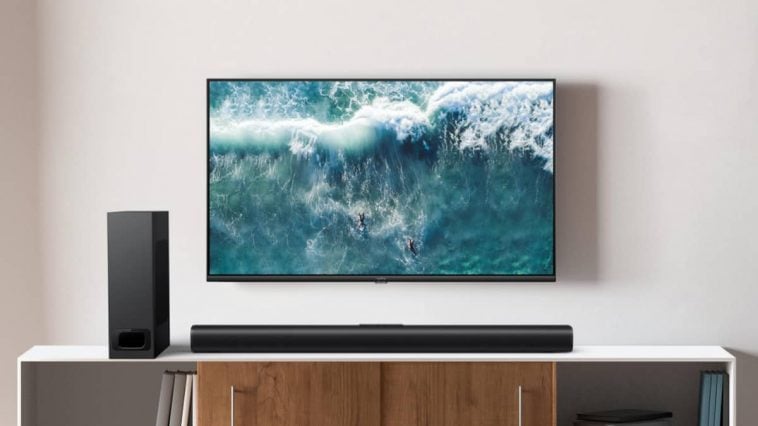 Almost every smartphone brands have been dabbling in the TV business, and Realme is one of them.

In their biggest launch day, the 43-inch and 32-inch Realme smart TV has been revealed. They feature FHD 1920 x 1080 LED panels that come with Realme’s signature Chroma Boost technology. It uses intelligent software to improve color, contrast, and clarity. It also automatically adjusts brightness, which can go up to 400-nits.

Unlike most cheap TVs, this thing has an impressive viewing angle of up to 178 degrees. It also has HDR 10 support and HLG.

Under the hood, the Realme Smart TV comes with a custom quad-core processor that the company created closely with MediaTek. It consists of four Cortex A53 efficiency cores with a Mali-470 MP3, 1GB RAM, 8GB of internal storage.

Realme also covered the audio department on its first TV. it comes with a bottom-firing 24W quad stereo speaker setup with Dolby Audio. There are a dome tweeter and dynamic speaker on each side for stereo separation.

For better audio, the Realme soundbar was also teased, but without any further details.

Of course, just like most smart TVs, Realme’s first runs on Android TV software that gives you full access on a wide selection of apps and streaming services like YouTube, Netflix, Amazon Prime Video, and more. It also has Chromecast built-in.

The Realme Smart TV has a pretty sleek and straightforward remote. There’s a special button to summon Google Assistant, which you can speak to via the microphone built right in on the remote.

The ports on the back include three HDMI input, two USB, one LAN, one AV, and a digital audio output. All these ports are conveniently placed so you can access them easily even when wall-mounted. It then connects to your internet via WiFi and through other accessories via Bluetooth 5.0.

Their SRP and availability here in the Philippines are yet to be announced. But when converted directly, minus the importation cost and taxes, they would come in at Php8,700 and Php14,700, respectively.