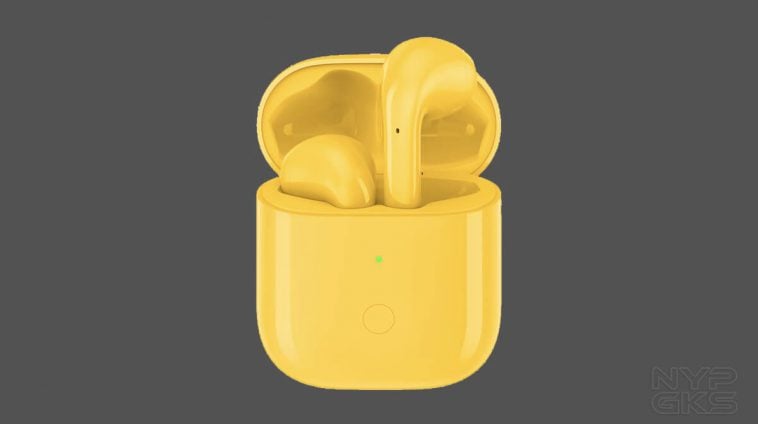 After its official debut a week ago, the Realme Buds Air was fully unveiled in India.

Just like their smartphone releases, the Realme Buds Air will try to break the norm on true-wireless (TWS) earphones with its impressive features-to-price ratio. The device sports a Realme R1 dedicated chip with Bluetooth 5.0. This allows for faster connectivity, smarter controls, and battery efficiency. After pairing with a smartphone with a simple press, it will automatically connect to your device every time you open the case, thanks to Google Fast Pair.

It also has dual-channel transmission and a Game Mode with ‘Super low latency’ audio delivery. Just like most TWS, the Realme Buds Air has an optical sensor so it can detect if they are in use or not. Putting it on or off will play or pause the music, respectively.

The buds have a touch-sensitive body. This allows you to play/pause music by double-tapping, triple tap to skip a song, long press to summon voice assistant, and long-press both buds to enter Game Mode. The Realme Buds Air has 12mm drivers that should offer a deep bass signature. A dual microphone array is present for its Environment Noise Cancellation (ENC) feature.

Each bud can carry 3 hours’ worth of music playback. With an additional 17 hours with the charging case. The best part is, the case has wireless charging support, which is rare for TWS earphones at this price. Speaking of which, the Realme Buds Air has an official price of INR3,999 (~Php2,900).  That’s noticeably cheaper than the similarly-featured Huawei Freebuds 3.