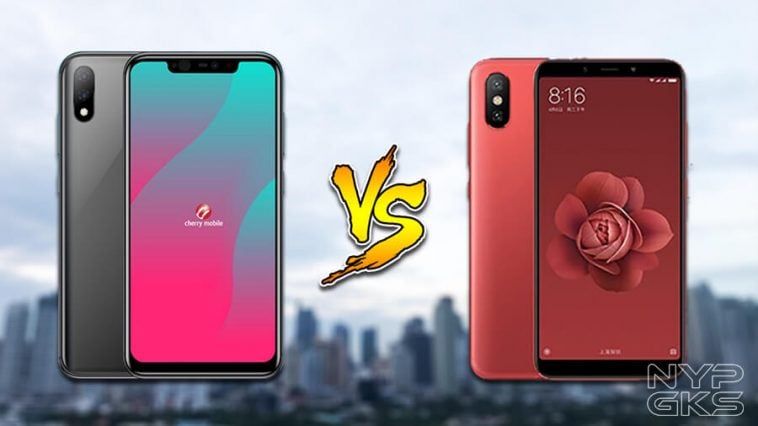 Cherry Mobile has came up with possibly their most interesting release for a long time. The new Cherry Mobile Flare S7 Plus, if you haven’t heard of it yet, features interesting features for its fairl low price.

Being the top-tier member of the entire Flare S7 family, the Cherry Mobile Flare S7 Plus has a spec sheet that really aims to compete with the big leagues. Without a doubt, this is one of the most ambitious smartphones that Cherry Mobile has ever released.

But how does it really stack up with some of the biggest names in the midrange segment? Well, we’ll go right ahead and compare it with one of the pioneers of bang-for-the-buck smartphones, Xiaomi. In our Cherry Mobile Flare S7 Plus versus Xiaomi Mi A2 specifications and features comparison, we ought to see if Cherry Mobile’s latest entry has what it takes to face a smartphone from Xiaomi. So, without further ado, let’s start! It looks like Cherry Mobile really stepped up their game with the Flare S7 Plus. The Xiaomi Mi A2 might have gotten the lead in some areas, but the Flare S7 Plus also to has an appealing set of features.

But before we go any further, let’s first address the biggest factor in this comparison — the price. As you can see, Cherry Mobile’s offering retails at Php11,999, which is around Php2,000 cheaper than the starting price of the Php13,990 Xiaomi Mi A2. Both models come with a 4GB/64GB configuration. Despite being the affordable option, the Flare S7 Plus has a MediaTek Helio P60 processor. The chipset’s performance is on par with the Qualcomm Snapdragon 660 processor of the Mi A2.

The Cherry Mobile Flare S7 Plus also has a 3,050mAh battery, which is marginally bigger than the 3,000mAh battery that the Xiaomi Mi A2 has.

But probably one of the most distinct features that the former has is its wireless charging capability, which we rarely see in devices at this price category. In addition, if you pre-order the device until October 11, you can get a free wireless charger so you can immediately utilize this feature.

However, since the Xiaomi Mi A2 is more expensive between the two, it does have a few better features that might justify the additional price that you’d be paying. For starters, it has a better set of cameras. Also, despite both coming with Android 8.1 Oreo, the interface on the Mi A2 looks and feels cleaner and polished. But if smartphone photography and branding are your top priority, then spending a bit more money on the Xiaomi Mi A2 is still a good route to go to.