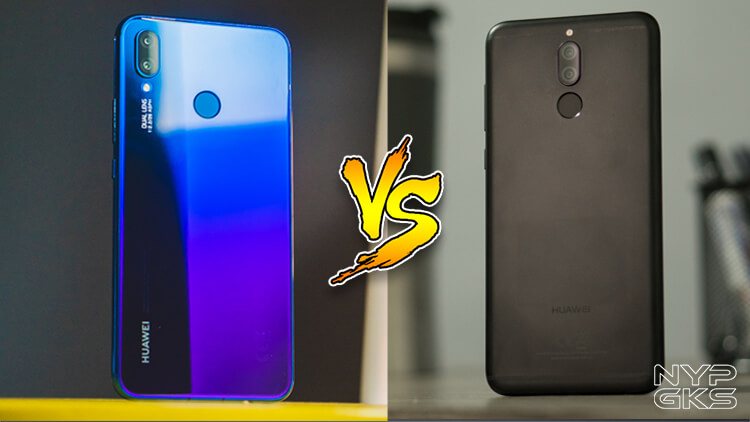 The Nova 2i is easily Huawei’s most successful and sought-after release in the Philippines last year. In our review , we praised the incredible value that it offers for the price.

Our sentiment to that device continues to this day. The Huawei Nova 2i actually became more relevant as it’s now Php3,000 more affordable from its original price. For an SRP of Php11,990, it is one of the best smartphones you can get on this price segment (aside from the Xiaomi Redmi Note 5).

The Nova 2i’s price drop was actually necessary to give way to its successor, the Huawei Nova 3i. This new device, announced just a few days ago, brings a lot of improvements from its predecessor. But now that the Huawei Nova 2i is substantially cheaper, should you actually opt for the Nova 3i? Do you really have to settle for the more affordable model to get the most out of your money? Or can the Huawei Nova 3i justify its worth?

In our Huawei Nova 3i versus Huawei Nova 2i specifications and features comparison, we’re checking out to see if an older model device has what it takes to go against its own successor. If you’re as curious as we are, read on. Despite being an older model, the Huawei Nova 2i still boasts an appealing set of features, especially now that it’s noticeably cheaper. It might not be able to take on the Nova 3i in all departments, but this device is poised to be your next best option if you don’t have enough cash to squander for the latter.

For one, both devices sport almost the same screen size and resolution. The Huawei Nova 3i might offer a marginally bigger screen estate and aspect ratio, but that was due to the extra space provided by the display notch on top.

The Huawei Nova 2i also comes with a quad-camera setup, a feature that it passed on to the Nova 3i. They share the same 16-megapixel and 2-megapixel rear cameras. But the new blood now has a better 24-megapixel + 2-megapixel selfie shooters. The Nova 3i also has AR Lens features, something that the former lacks. We’re not sure if Huawei is going to provide it through a software update, but we certainly hope so. On the processor side, the Kirin 659 of the Nova 2i is still one of the most capable processors in this field. But it’s hard not to root for the new Kirin 710 processor of the Nova 3i, which promises overall better performance, power efficiency, and more.

And of course, who can miss the large 128GB storage of the new Huawei Nova 3i. That’s two times more than what the Nova 2i offers, or even in any other smartphones under this price range. The Huawei Nova 3i also runs on a much newer Android 8.1 Oreo and comes with Huawei’s highly-anticipated GPU Turbo technology out of the box. But Nova 2i users don’t have to worry, as Huawei is already rolling-out the software update for their smartphone.

Lastly, the Nova 3i has a more exciting and appealing design. It offers a strong resemblance to the Huawei P20 Lite, which is definitely a good thing because it’s a looker. The only reason why you might consider the Huawei Nova 2i is the price. At Php11,990, the Nova 2i is Php4,000 cheaper than its successor. And for the money that you’d be saving, you’re already getting a really great device.

But if you don’t mind spending more, then the Php15,990 price tag of the Huawei Nova 3i is definitely one of the most competitive in this category.