Honor is holding its Markdown Madness sale where they will be slashing off the price of their select midrange and budget-friendly offerings.

The company will be offering the Honor Lite, which sports 3GB of RAM, 64GB of storage with a Kirin 710 processor, and features a 24-megapixel front camera, for just Php9,900 from Php10,990 through the entire promo duration. 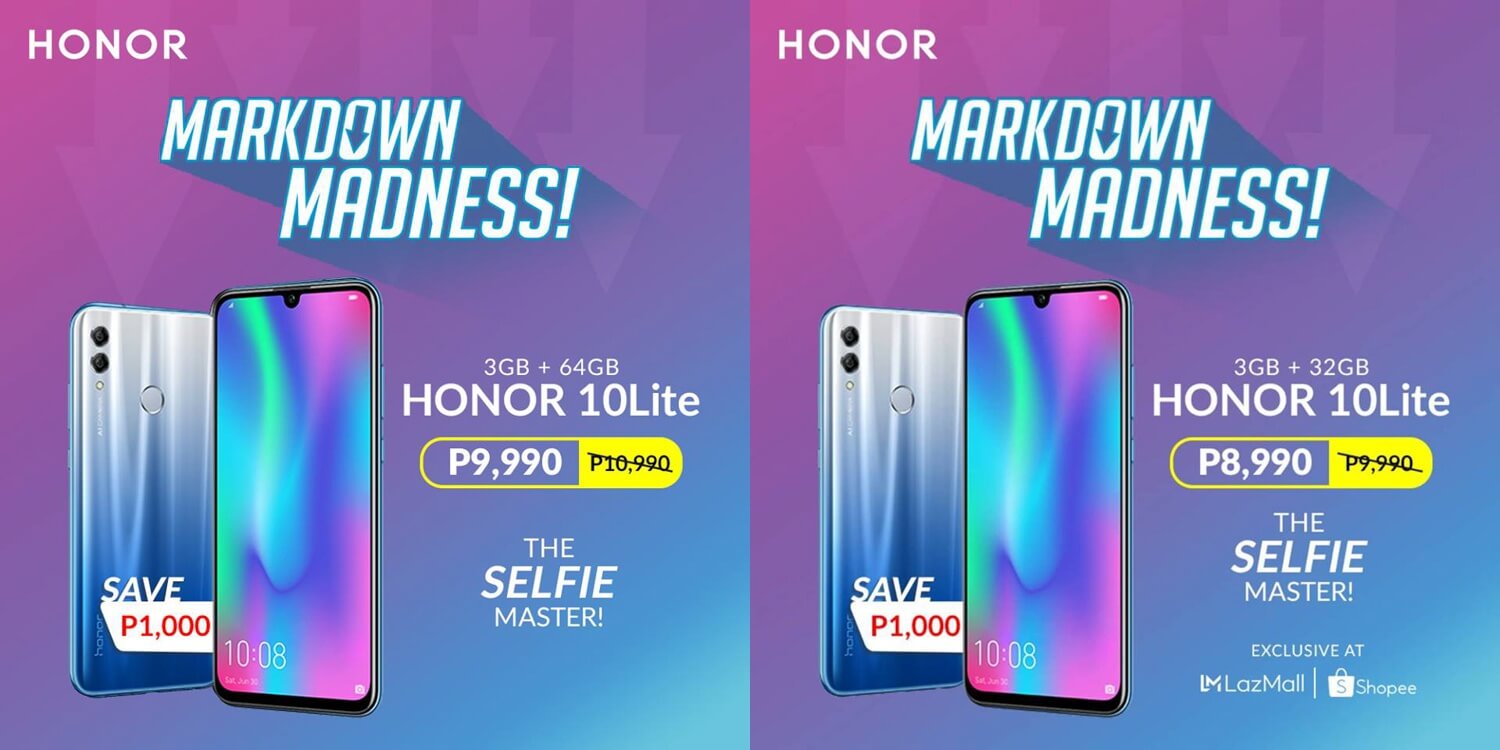 Its another version, which has the same 3GB of RAM but a lower 32GB of storage gets a price slash, too, as it is being sold for only Php8,990 from its original price of Php9,990. 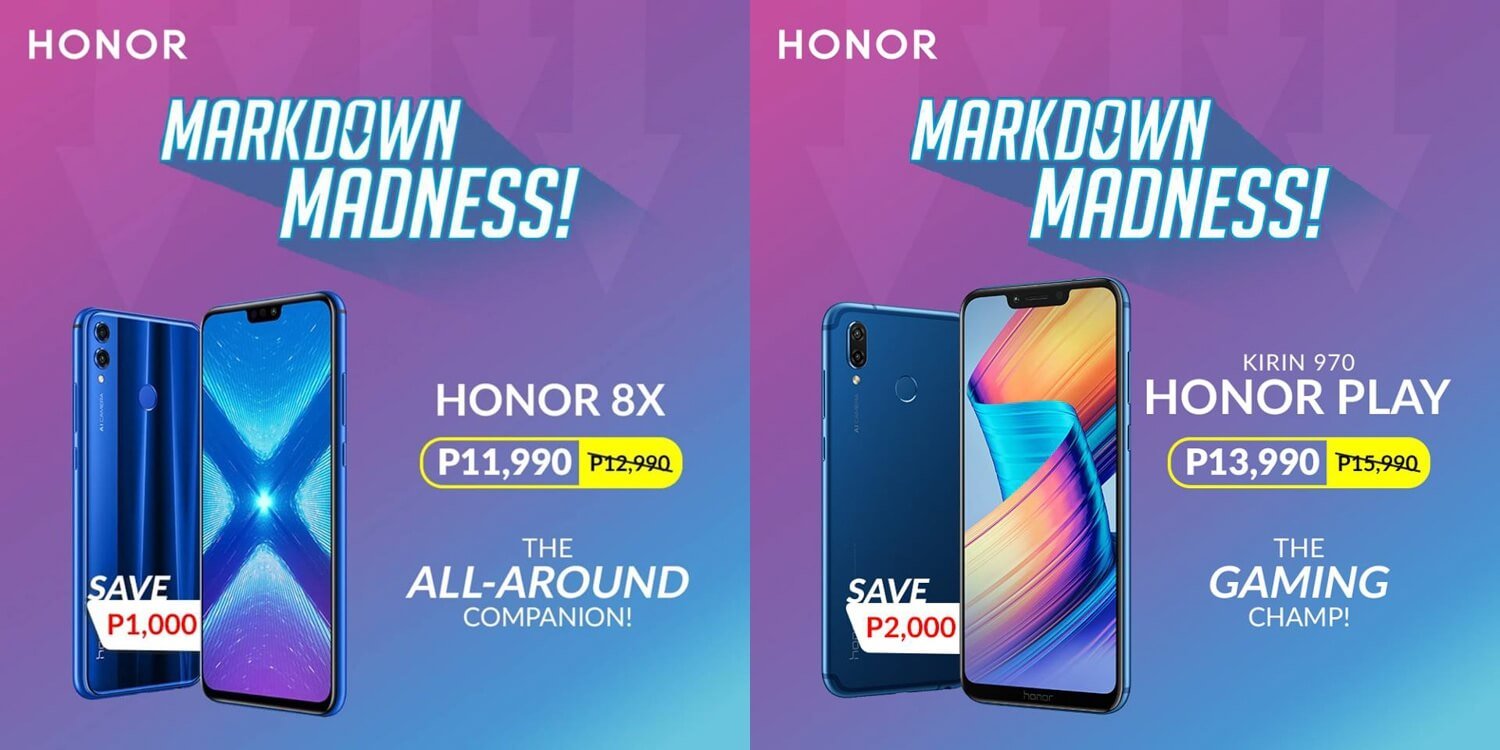 The crowd-favorite, the Honor Play, is also part of the festivities. This midrange device is powered by a flagship Kirin 970 processor, has a 3,750mAh battery and a 16-megapixel and 2-megapixel dual rear cameras. The device can now be purchased for only Php13,990. Its original retail price is Php15,990, so you can enjoy a bigger discount with this device than the others.

You can get all these discounted smartphones at Honor concept stores, or online through their Shopee and Lazada flagship stores.