In a surprising move, popular online gadget store CMK Cellphones has put up both the Huawei P20 and Huawei P20 Pro in a promo, which makes them Php5,000 cheaper than their official suggested retail price (SRP). 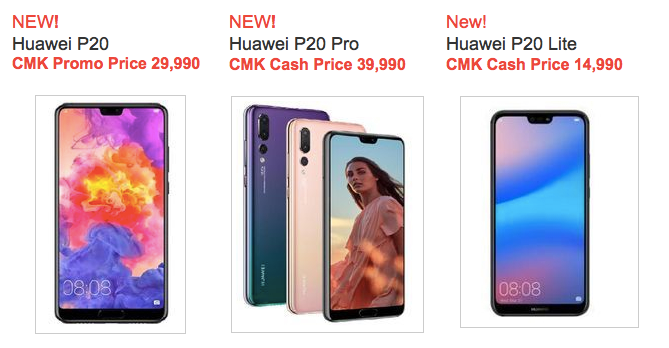 For a refresher, the new Huawei flagship smartphones are equipped with a Kirin 970 chipset, 4GB / 6GB of RAM, and Leica cameras. Check out the full specifications below.