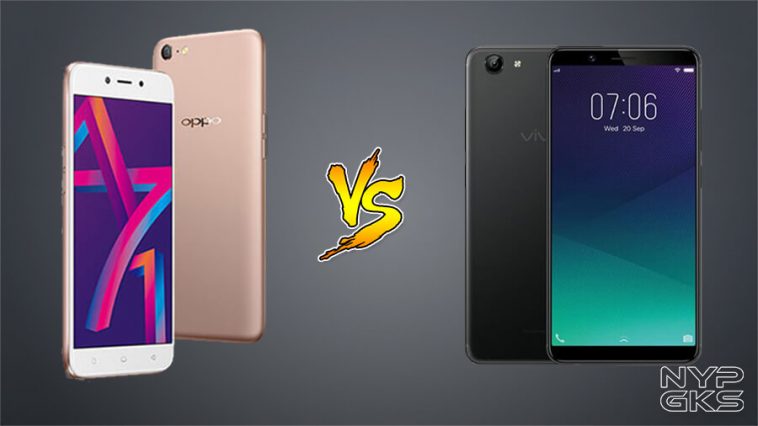 It’s no secret that Vivo and OPPO like to go against each other. When someone launches a new smartphone, the other will release its own to compete against it. That’s pretty much what happened on their new low-end smartphones.

The OPPO A71 2018 was launched in the Philippines last March. After that, it was followed by the release of the Vivo Y71 in April. Both devices are in the sub-Php8k category — which means that they are made for those who are looking for a more advanced entry-level smartphone.

Both Vivo and OPPO have been playing around the budget-smartphone playground for a while now. Their decent specs, partnered with intense marketing strategies and strong retail presence (if you’ve been in a mall’s gadget section, you know what I’m talking about) they are absolutely one of the biggest names in the local tech industry today. But are these smartphones as good as their branding? And if so, which between this two devices are actually worth getting? Check out our Vivo Y71 vs OPPO A71 2018 specifications and features comparison below to find out. Judging by the table above, it looks like the Vivo Y71 and the OPPO A71 2018 had a really tough fight. Each device has their own pros and cons, so it’s hard to say which between the two is the real winner.

So, what we’re going to do is to tally each of their wins. It will let us see which between the two was able to hit most of the items on your checklist.

Now, let’s start off with the Vivo Y71. This device easily gets one point by having a bigger and taller display. It uses a 6-inch HD+ screen with an 18:9 aspect ratio — the same display found on more expensive Vivo devices. Undeniably, it is obviously better than the smaller 5.2-inch display of the OPPO A71 2018. The device also comes with a more recent operating system. It runs on Android 8.0 Oreo with FuntouchOS 4.0. On the other hand, the OPPO A71 2018 is stuck with Android 7.1 Nougat and ColorOS 3.2.

Lastly, Vivo’s offering has a bigger 3,360mAh battery while its competition only has 3,000mAh.

Now, let’s move on to the OPPO A71 2018. This device might have a smaller screen, but it does have a more powerful processor. Its rear camera is also better as it’s equipped with a 13-megapixel rear camera, while the Y71 only has an 8-megapixel shooter. At the end of the day, what we’re really here to figure out is which between the two offers more value for the money. With that, we have to go with the Vivo Y71 on this one — mainly due to its bigger screen, battery, and latest Android operating system. However, if you really need more processing prowess, the OPPO A71 2018 is the way to go.