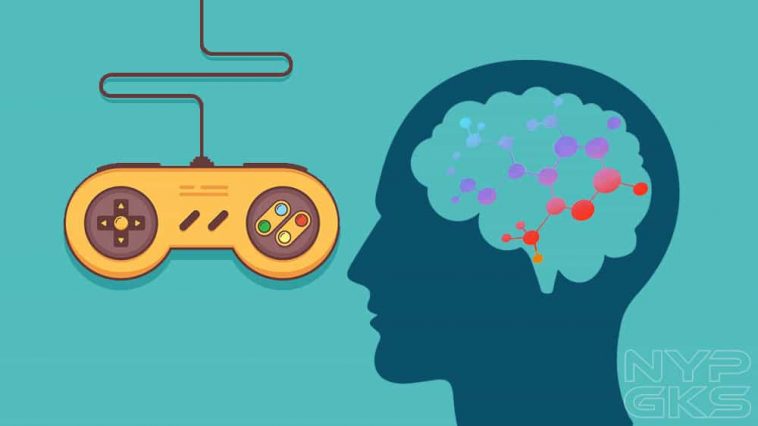 Nothing has been as contested whether they’re beneficial or not as much as video games. Ever since they’ve been invented, video games have always been under fire for allegedly corrupting the kids who enjoy playing them.

Most of these complaints come from worried parents and well-meaning organizations that simply don’t want their children to be exposed to something dangerous.

But contrary to these accusations, science has constantly shown favor to video games. Studies from cognitive psychology and brain research have shown that a moderate amount of playing video games hosts several advantages. When used the right way, games are beneficial to kids and adults, no matter what age.

In this article, we share 10 reasons why video games can be good for you, whether it’s training the mind, building social connections, or improving practical, real-life skills.

Immersive gameplays require you to remember details to progress smoothly in the game, with different sources like texts, visuals, and audio having to be considered simultaneously. Video games condition the mind and improve its capability to store and remember information, both short-term and long-term.

Video games also sharpen your attention and reduce impulsiveness. Because you work towards accomplishing a certain goal throughout the game, you learn how to focus and orient all of your actions towards that goal.

#2 Video games can better your eyesight.

Gamers that play action games, especially first-person shooter games like Call of Duty, have been shown to have improved eyesight in terms of contrast sensitivity. Visual contrast sensitivity is the ability to distinguish different shades of gray. Because your mind is more focused and alert, your sense of sight (and other senses) is heightened and helps you see even subtle differences in color.

Of course, too much screen time is bad for your eyes in the long run. Certain measures must be taken to moderate your exposure to avoid problems like eye fatigue, headaches, and long-term eye damage.

#3 Video games train you to multi-task.

Any good game has multiple stimuli that you need to consider while playing the game. Sometimes, you’ll have to factor in fast-moving visuals, audio instructions, and the ultimate objective of the game, all while using your joystick or keyboard controls. And more than just memorizing these pieces of information, you have to actively respond and make decisions after making sense of them — all in a matter of a few seconds.

In fact, an ergonomics study in 2013 showed that 50 hours of video game time significantly improved the performance of individuals in the Multi-Attribute Task Battery, a test measuring the skills required in piloting an aircraft. Those who played video games performed stellarly in doing multiple tasks, like controlling the target, monitoring fuel levels, and responding to radio communications.

Because everything happens so fast in a video game, your brain is also trained to process information quickly. Individuals who play video games frequently were found to process different stimuli faster than others, while still making smart decisions to accomplish the goal.

Video games also improve mental flexibility, or the ability to switch between tasks rapidly and without error, even if these tasks were different and had conflicting demands.

Hand-eye coordination is one of the foundations of being a good video game player, and playing specific games can further improve this skill. Video games harmonize your eye movement with your hand movement to allow you to react quickly and accurately. This is true for video games of any genre, but it’s especially true for active video games like Wii Sports and Kinect Adventures.

Contrary to popular belief, a healthy dose of video games does not make children (nor adults) anti-social. Because many games are online and social in nature, they can help you develop sportsmanship and a friendly attitude. Online communities for your favorite games are also very cordial and welcoming, aside from a few bad apples.

The same is true for gamers outside of the internet. Because of the shared interest in online games, gamers easily get along and form casual yet meaningful bonds with each other. Many gamers in social environments also tend to be friendly and communicative, even with topics outside of gaming.

#7 Video games are a great platform for learning.

Aside from the games that were specifically designed to be educational, a lot of games impart knowledge and relevant skills while not being explicitly made for learning.

Historical games that are inspired by real-life events like Assassin’s Creed or Civilization are great starting points for gamers to be interested in history. Sci-fi games like BioShock and Half-Life introduce physics concepts that, while comically exaggerated, are based on real science.

#8 Video games can help you improve your performance at work.

With all of these physical, mental, and social benefits of video games, the good stuff will consequentially go beyond the gaming world and into real life.

Many studies indicate that playing video games improves your work performance, especially in jobs that require quick and smart decision-making, good hand-eye coordination, and multi-tasking. Some of the fields that have been studied include neurosurgery, aviation, and civil engineering.

By actively engaging your mind, online games continue developing new skills and reinforcing new ones, no matter what your age is. In elderly individuals, video games have also been shown to improve their self-actualization and outlook in life.

#10 Video games are helpful in overcoming addiction and mental disorders.

Video games have often been linked to addiction, but always as the problem and never the solution. Quite the reverse, video games have been used to overcome addiction because they have been found to help stop unhealthy cravings like smoking and alcohol.

By sharpening the mind and improving its capacities like attention and hand-eye coordination, video games are also being used as therapy for individuals with mental disorders like depression and ADHD, as well as learning disorders like dyslexia.

Remember, too much of anything is bad for you

With all of these wonderful benefits that you can get from playing video games, it’s tempting to say that playing 10 hours straight is okay since you’re getting all of the good stuff, right? Not really. Much like everything in excess, too much video games tend to counteract the pros and instead become detrimental to your physical, mental, and social health.

To fully reap the benefits of video games, they must be consumed healthily and moderately. Additionally, selecting the appropriate video games is also important, because not all games offer the same cognitive benefits. Some online games may also not be suitable for younger and sensitive audiences.

Who knew that by playing our favorite video games, we are also unknowingly sharpening our minds and developing skills that prepare us for the real world?

Most of us don’t give games enough credit, but science shows us that they are valuable platforms for both learning and entertainment. As long as they are used wisely and healthily, there is no harm in playing another round of Mario Kart with your friends.

What are your thoughts on the benefits of video games? Which of these benefits surprised you to learn about? Let us know in the comments below.