Ubisoft announced the newest installment in their Assassin’s Creed franchise in E3 2018 — Odyssey.

The new game is confirmed to take place in Ancient Greece, during the Peloponnesian war. At first glance, Odyssey looks eerily similar to last year’s Assassin’s Creed: Origins game with the world redesigned to be in Ancient Greece.

Assassin’s Creed Odyssey, along with Origins, looks visually stunning. Naval combat will be making a return in Odyssey as the player can now explore the Mediterranean sea. Naval Combat was first introduced in Assassin’s Creed Black Flag in 2013.

It looks like Ubisoft is diving deep into RPG territory after integrating the features introduced in Origins and improving upon them. New in Odyssey is the interactive dialogue trees where players can choose and make their own choices and these selections will shape how the story goes. 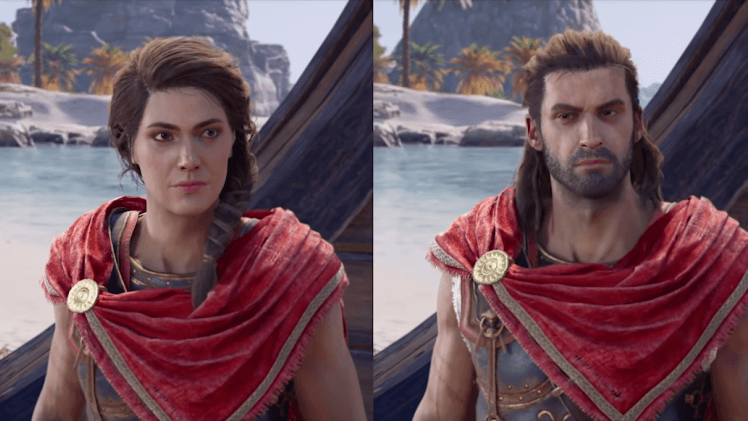 Speaking of selections, you also have 2 playable characters to choose from in Alexios and Kassandra; both descendants of the legendary Spartan King Leonidas. We believe that the story will still be the same regardless of who you pick to play with. New to the game is the ability to lie and deceive their enemies and allies and just like in any other RPG game; the ability to romance NPCS is also confirmed.

Probably the feature we’re most excited about is the Conquest Battles. Conquest Battles is a 300 soldier battle where 150 Spartans will clash with 150 Athenian warriors in a giant battlefield. You get to hack and slash your way into Victory.

The Assassin’s Creed series is now looking to be an RPG game and honestly, we’re not complaining. Assassin’s Creed games have become stagnant in the past years and it’s nice to see Ubisoft trying out something new without completely changing the vibe players are accustomed to.

Assassin’s Creed Odyssey is expected to be released on October 5, 2018, on PlayStation, Xbox and PC Platforms.