Esports is finally part of the SouthEast Asian Games as an official medal sport, with Razer, one of the biggest gaming brands in the world, backing up this movement.

The Philippines will be hosting the SEA Games 2019 next year. Alan Peter Cayetano, chairman emeritus of the Philippines South East Asian Games Organizing Committee (PhilSGOC), was joined by representatives from Razer, one of the major sponsors of the Esports segment of the sporting event.

The growing popularity of gaming sprung a lot of aspiring gamers in the country. And with the inclusion of Esports on the SEA Games, the Philippine government and Razer will help these up and coming athletes to enter the global stage. 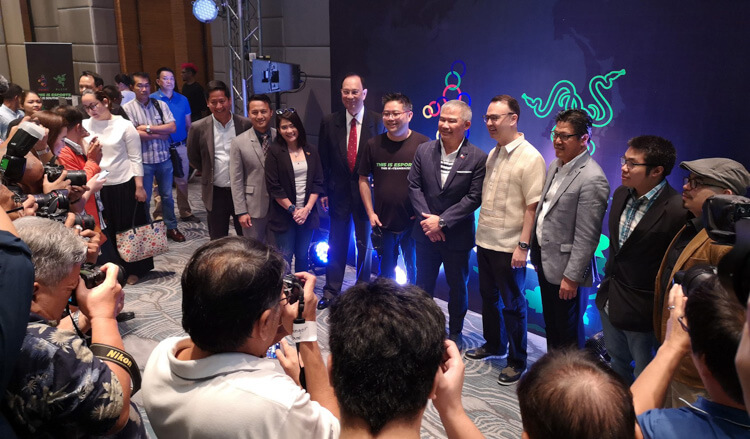 Razer will contribute some of its hardware and software products to help facilitate the actual tournament. They are also tasked to link PhilSGOC with different publishers for the selection of games that will be featured at the event. The official list of line-up shall be announced in the coming months.

Lastly, Razer will also assist the final crop of Team Philippines esports athletes that will make it to the finals.

PhilsGOC and Razer said that there will be a diverse line-up of gaming tournament to be held. As of the moment, Mobile Legends: Bang Bang is already part of it. And when the full list comes out, we expect to see titles from both PS4 and Xbox, PCs, and other console platforms to be included.