PLDT Inc., through its Chairman Manny V. Pangilinan, has declared their commitment to a Php58 billion capital spending budget to toughen its fixed-line and wireless services for 2018.

In a press briefing held last March 8, PLDT has also announced that they are aiming to double up its fiber and hybrid fiber broadband volume to over 2.2 million ports countrywide by the end of 2018. 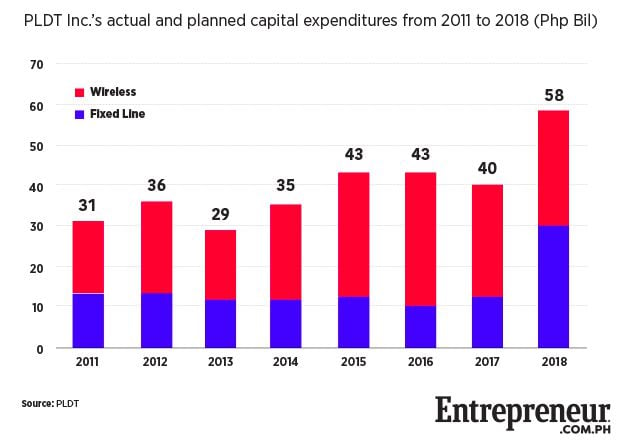 Provinces like Cavite, Tarlac, Zambales, Bataan, and Nueva Ecija are the target locations to receive this sought-after upgrade.

This move from PLDT was in accordance with the transformed habit of consumers in preferring data services over calls and text.

It can be recalled that alongside this decision from one of the major telco company in the country, OpenSignal’s latest State of LTE report shows that the Philippines ranked number 85 out of 88 countries in terms of internet speed.