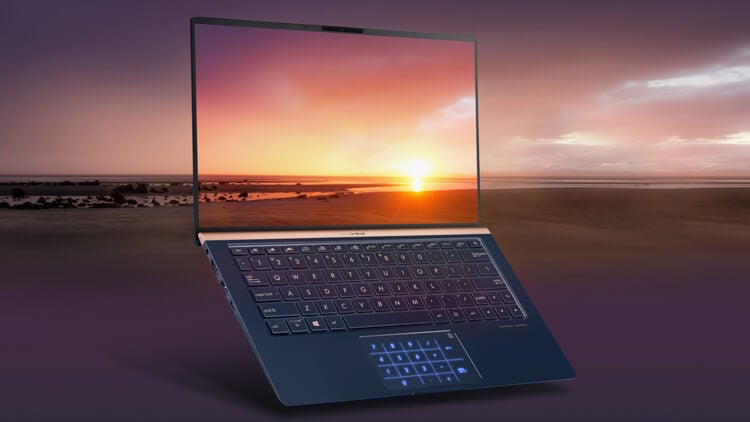 ASUS has just launched an entire fleet of laptops in the Philippines. And a few of those machines are their new ASUS ZenBook Classic line-up.

The new ASUS ZenBook 13, 14, and 15 2018 models have new luxurious designs and a trackpad that doubles as a NumberPad — these are just some of the new features that these three machines have.

They also have powerful processors, with the most expensive model sporting an NVIDIA graphics for those who want to game on the side.

All models come with gorgeous screens with 100% sRGB coverage and up to 95% of screen-to-body ratio. They are definitely meant for the professionals and creatives, who will do work first and gaming second.

All three laptops also have a new ErgoLift Hinge design, which lifts up the bottom of the laptops to enhance the cooling system, audio performance, and provides better ergonomics when typing. Next stop we have the ASUS ZenBook 14 (UX433FN). Other than having a larger 14-inch FHD screen, it’s pretty much the same with that 13-inch model. Which is why you can also rig it with maxed-out internals that’s identical to the former. The pricing for this one will start at Php62,995.

Lastly, we have the ASUS ZenBook 15 (UX533FD). Obviously, it has a 15.6-inch screen. But unlike the first two, it features a sharper 4K UHD resolution. You can also get it with up to 4GB of NVIDIA GTX 1050 Max-Q graphics, in case you want to do some gaming after work. ASUS also claims that this is the smallest 15-inch laptop out right now, with its overall built comparable to a 14-inch machine.

The ASUS ZenBook 15 will start at Php74,995 and will be available starting this October together with the 13-inch and 14-inch models.