The LG G4 has finally launched in the Philippines. Pre-order today to get this latest flagship smartphone as early as June 3.

As we’ve previously covered back when it was first announced, the LG G4 is a 5.5-inch smartphone running on Android Lollipop. It’s powered by a hexa-core Qualcomm Snapdragon 808 processor and features a Quad HD quantum LCD and a 16-megapixel camera. And just as we’ve previously reported about some leaked images, the LG G4 has a variant with a real leather cover. 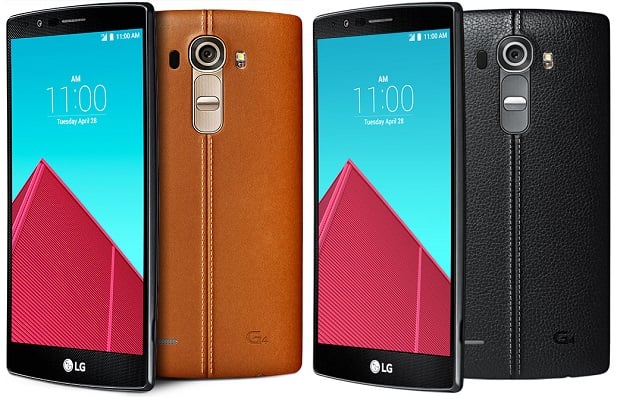 The LG G4 is a great alternative to other flagship smartphones such as the Samsung Galaxy S6. Unlike Samsung’s flagship, the G4 offers users better flexibility by having a replaceable battery, expandable storage and dual SIM configuration.

The official price of the LG G4 starts at Php31,990, which is for the metallic finish variant. Available choices are shiny gold, black titan and ceramic white. On the other hand, the genuine leather variant costs Php32,990 and comes in brown, black and red. Pre-orders come with Php3,500 worth of freebies: a 32GB SD card and a battery kit (case, charger and extra battery). There’s also an exclusive two-year extended warranty.

The general availability of the LG G4 is scheduled on June 3. Pre-orders are available at LGG4theGreat.ph.