You can now Dark Mode all the things as the new subtle look is now available for the iOS and Android versions of Instagram.

The Instagram Dark Mode for iOS devices became available after the iOS 12.1.2 update. Once you have the new version of Apple’s mobile OS, head on to the App Store and update Instagram. 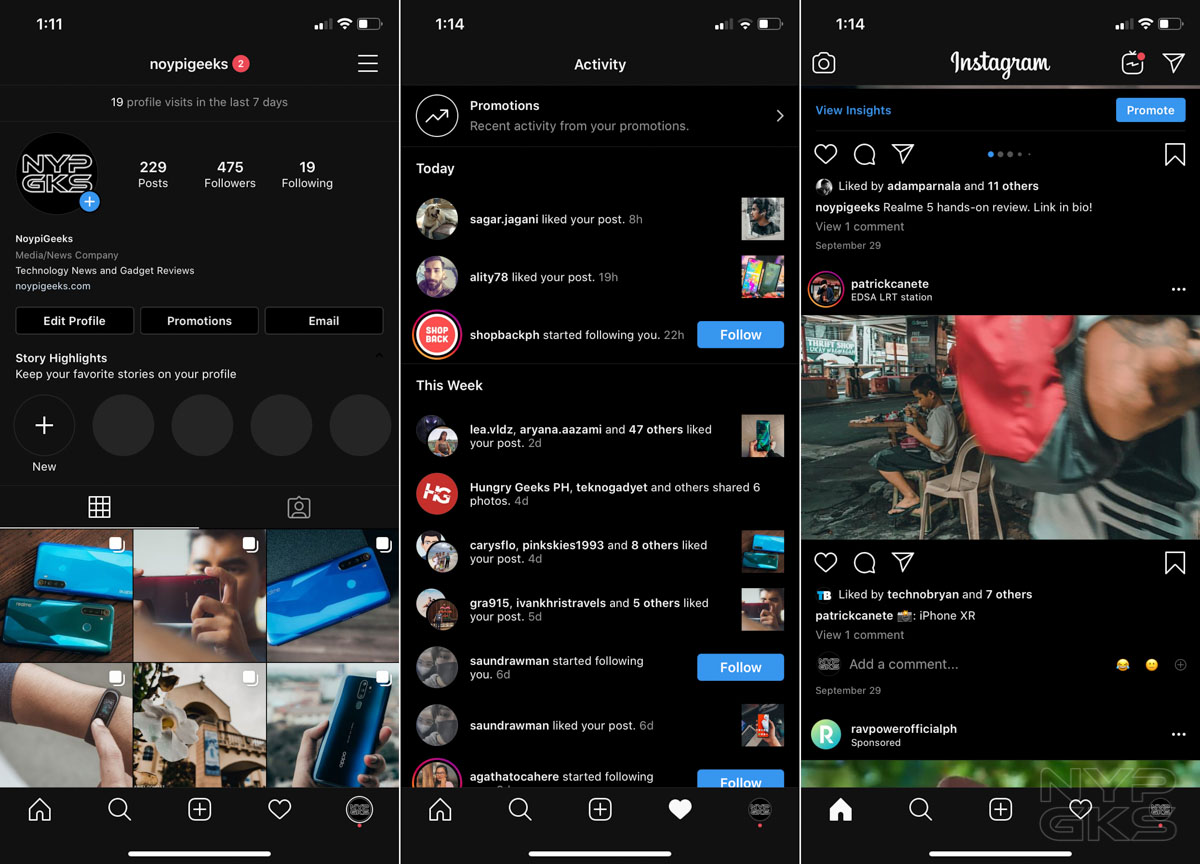 The new update is also available in select Android devices, particularly the latest one with a Dark Mode/Night Mode built-in right in the system. The update for Android rolled out on October 7. Just like in iOS, it will only work by enabling the system-wide Dark Mode. 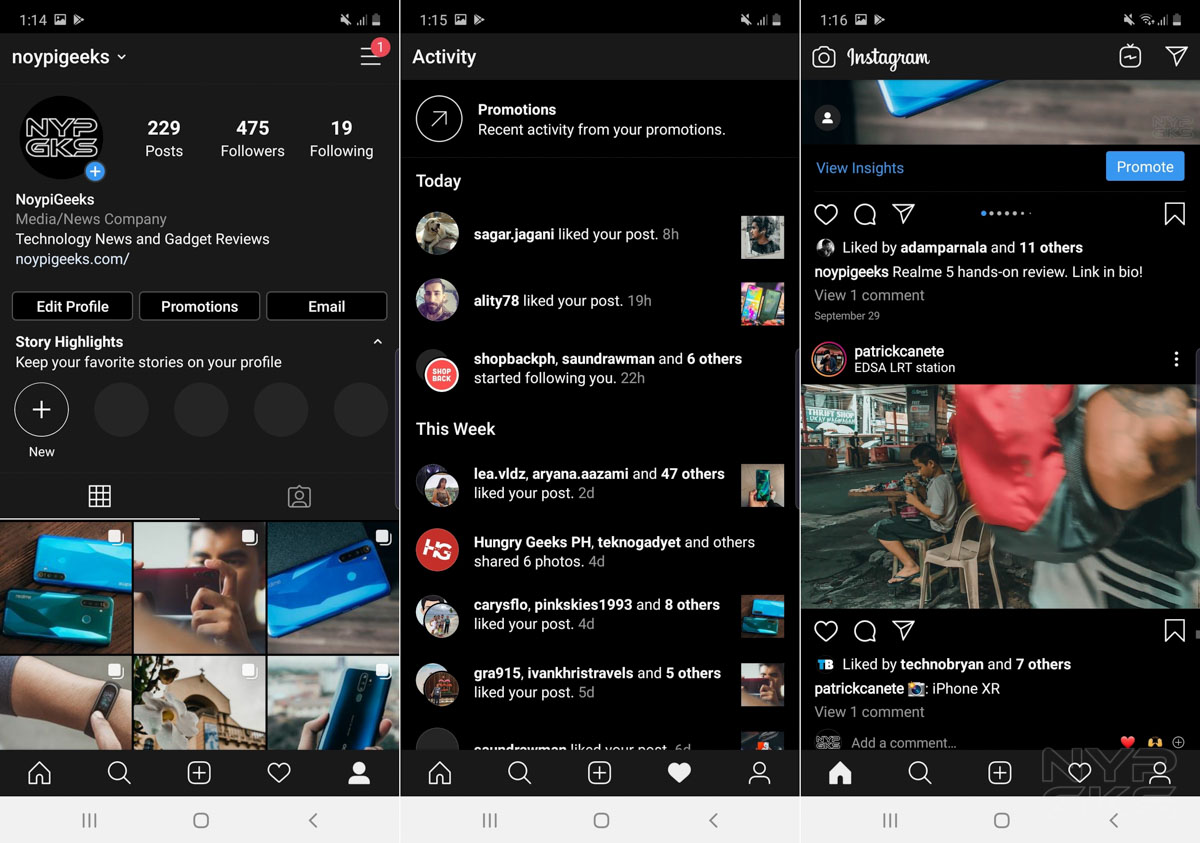 Unlike most apps, the look of Instagram’s Dark Mode is identical to the Facebook Messenger, with a slightly glossy appearance instead of matte (which we personally would have preferred).

Still, this is a much welcome update. Other than its subtle look, it also plays nicely in the eyes when you’re browsing at night.

Also, the black interface has benefits in battery consumption for smartphones with OLED screens. These include devices like the latest iPhone 11 models, Galaxy S10, and more. Also, don’t forget to follow @NoypiGeeks on Instagram!