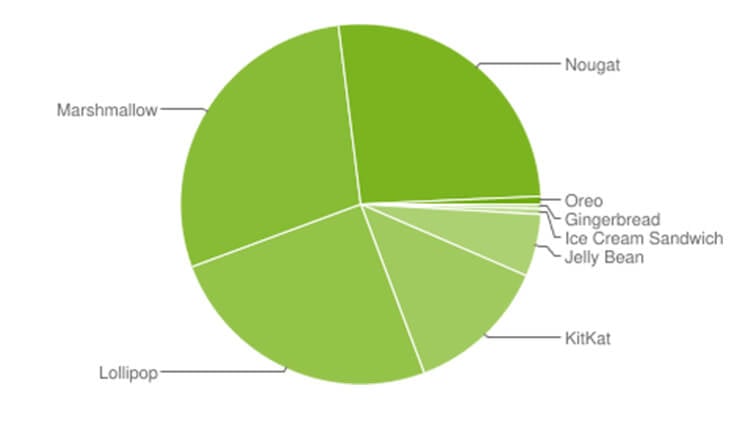 Android’s fragmentation appears to be getting worse. Based on the distribution numbers that Android released themselves, it looks like a lot of users aren’t getting the best of what the company has to offer.

The graph shows that the Oreo distribution only increased by 0.2% from the previous month, which is now at 0.7% Not even the top-rated Google Pixel 2 was able to make a dent. For a perspective, the Ice Cream Sandwich, an Android version from ages ago, is at 0.5%.

On the other hand, Android 7.0 Nougat has seen the biggest growth. This is due to manufacturers finally starting to catch up. If you’ve been following the news lately, a lot of brands just started updating their devices to Android Nougat. And to be honest, we highly doubt that those devices will get to taste Oreo. This problem has been one of the biggest issues for Android ever since the beginning. Since it is an open-source platform, manufacturers are almost free to use it whatever they want.

Another thing is that almost majority of Android smartphones that are out today belongs in the budget category. This means that the hardware they have might not be capable of supporting the latest updates.

Even if that’s the case, we still hope that manufacturers would be more responsible in providing software updates to their consumers.