HP has revealed two new desktop PCs that can be held in the palm of your hands: the HP Stream Mini and Pavilion Mini. They’re small form-factor computers that come packing with a full-fledged Windows operating system.

HP’s unveiling of these diminutive desktop computers is most likely a response to the flurry of Chromebox releases. For those unaware, Chromeboxes are the desktop form of Chromebooks laptops. Chromeboxes are small in size, and the cheapest one sets customers back by only $179 or less.

The HP Stream Mini (pictured above and has Intel Celeron 2957U, 2GB RAM, 32GB SSD) is cheap too at just $179.99, and it sweetens the deal by throwing in a 200GB OneDrive cloud storage and a $25 gift card for Windows Store apps, games and others. It doesn’t look like the Pavilion Mini has these value-added services, but, at $319.99, it does feature more powerful hardware specs: Intel Pentium 3558U, 4GB RAM, 500GB HDD.

Like Chromeboxes, both the HP Stream Mini and HP Pavilion Mini (pictured below) are compact and light. However, the latter two carry a full version of Windows 8.1, whereas Chromeboxes only have the lightweight Chrome OS. Both also come bundled with a keyboard and mouse. 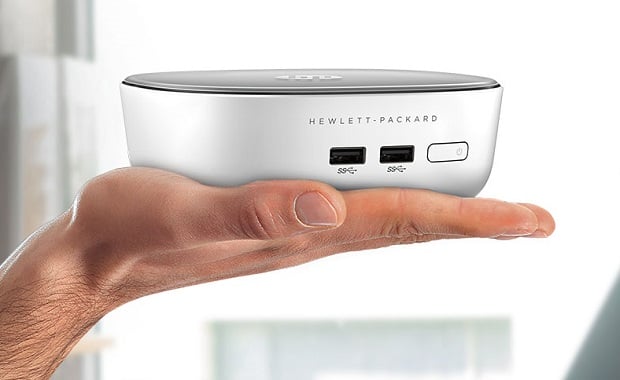 Both computers are scheduled for an online US release on January 14. No word on Philippine availability has been announced.