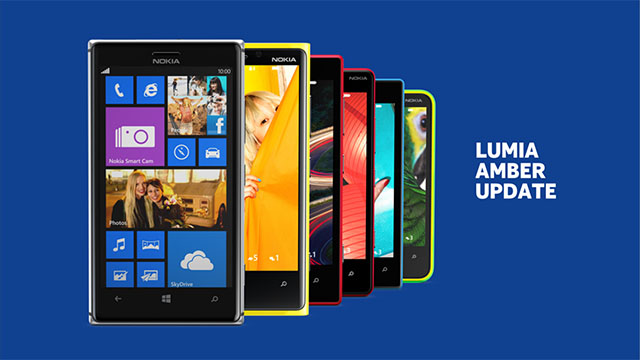 Are you a proud owner of a Nokia Lumia smartphone running Windows Phone 8? Well you now have even more reason to be excited about your phone now that the Nokia Lumia Amber update has started rolling out. This latest software update for Windows Phone 8-based Lumias delivers a number of improved features and apps.

My favorite new app that comes with the Amber update is the Nokia Smart Camera app, which first debuted on the Lumia 925. It brings a lot of new camera software tricks, such as Action Shot, Motion Focus and Change Faces. There’s also a souped up Pro Camera version that’s available only for those who are lucky enough to own a Lumia 920, Lumia 925 and Lumia 928. The Pro Camera allows you to have even more control over your shots.

Other new features include Nokia Glance Screen, Flip-to-silence, Double-tap Unlock, Storage Check, and faster updates for your Nokia Here maps app. Take note that the Glance Screen feature will not be available on the Lumia 520 and Lumia 625 because of their limited display memory.