After the success of OPPO’s three-day roadshow for the F3 Plus, it looks like the company will start doing it as a tradition in their new products by also doing it on its follow-up flagship, the OPPO F3.

The first roadshow, which happened last April, was a prosperous jumpstart of the F3 Plus as the company sold over 8,000 units from it. The event was filled by not just a lot of OPPO fans, but also a number of celebrities.

The OPPO F3 roadshow in Makati and Davao

And now, it looks like OPPO is trying to replicate that result by holding the same events but at a slightly smaller scale. The event will be held at the Glorietta Activity Center in Makati City from May 12 to 15. The roadshow will also go to Davao City from May 12 to 13 at the SM Ecoland.

As a bonus, fans can also have the opportunity to take selfies and groufies with one of OPPO’s brand ambassadors, Ella Cruz in Makati City during the OPPO F3‘s actual first-day sale on May 13. 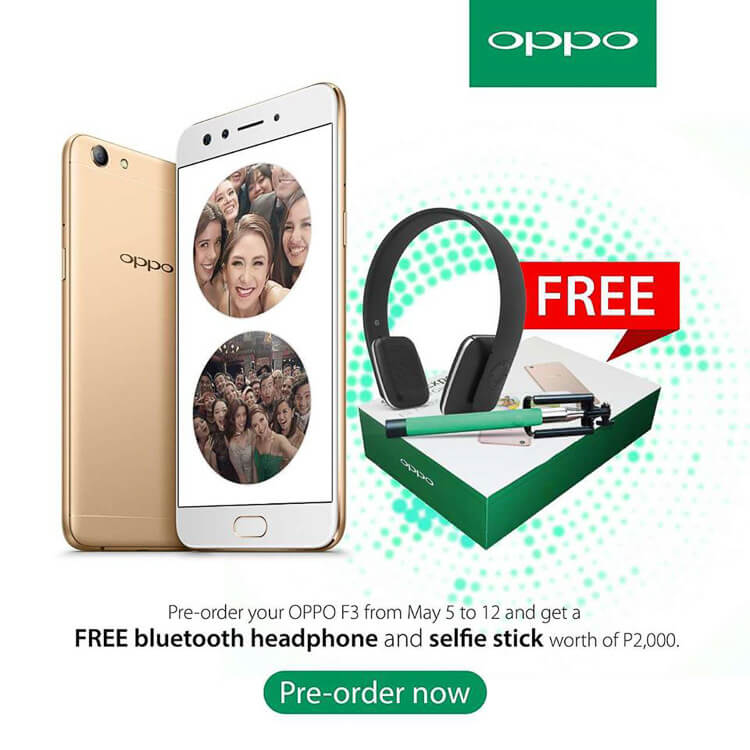 If you pre-order the OPPO F3 until today, May 12, you will be entitled with up to Php2,00 worth of freebies from OPPO. This includes a Bluetooth headset and a selfie stick. The OPPO F3 is available for Php16,990 in Gold and Rose Gold variants.