Several weeks ago, the Xiaomi Pocophone F1 made waves in the smartphone industry because of its flagship-caliber specs at an affordable price.

It first launched with Android 8.1 Oreo at its core, but it seems like that won’t be the operating system for long.

Xiaomi is not yet contented with equipping the Pocophone F1 with top-of-the-line hardware as they are also working really to support its software. As seen in GeekBench records, the Android 9 Pie update for the Poco F1 is already being tested in the wild.

Related: Xiaomi products in the Philippines 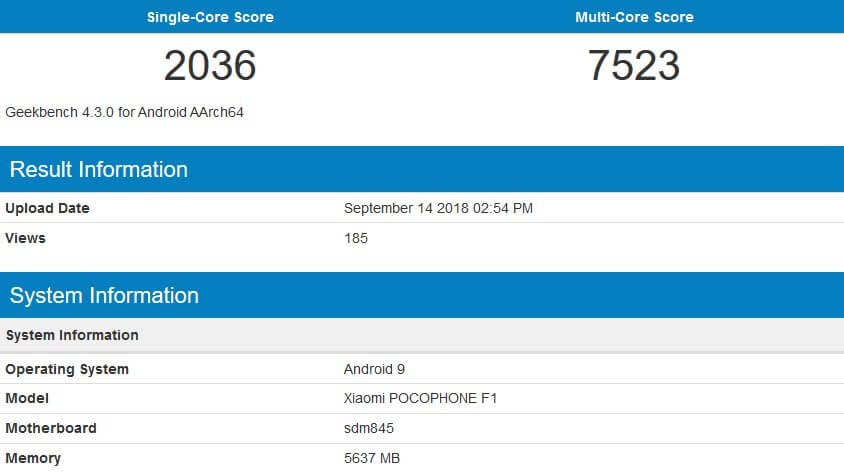 Interestingly, the scores the phone got were around 17% lower than the original version running on Oreo. However, since it’s still on its early phase, it’s understandable that it’s not yet optimized for a public release.

But considering that it’s already being tested this early, we expect the Pocophone F1 Android 9 Pie update to come out very soon.