Toshiba brings in 10 of their latest multifunction printers in the Philippines.

In a media gathering held last June 24, 2016, Toshiba has revealed their newest multifunction printers that will the Philippine shelves this year. It’s headlined by the e-Studio line (MFP) which has a monochrome series with 5 models, and another 5 variants for the colored series.

Toshiba finally ditched the white ivory color scheme and switched to a modern matte black finish. It certainly looks elegant and is a huge upgrade from the outdated design. 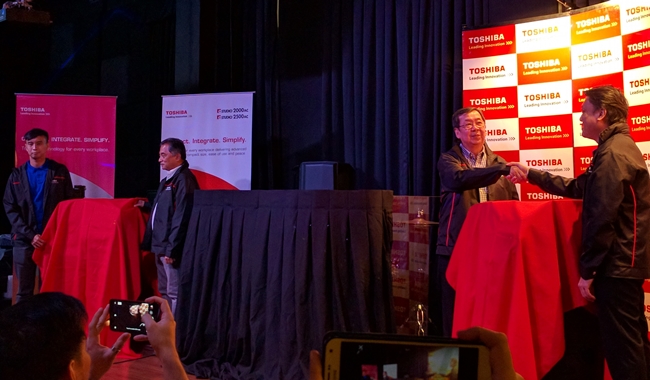 The new multifunction printers now also come equipped with a 9-inch touchscreen display. Its interface borrows heavily from existing mobile UIs. There’s a lot of features baked into the printers, but Toshiba can also customize it based on a company’s needs. Whether it’s on logistics, banking, and education – Toshiba got you covered. Users can print quickly by letting them connect wirelessly via Wi-Fi and their cloud services.

Toshiba hasn’t revealed the pricing as of yet, but we do expect it to be expensive just by looking at the things it has to offer.