OPPO will be unveiling a new smartphone and it’s now in the hands of its celebrity ambassadors.

In an Instagram post by Julia Barreto, she showcased the mystery OPPO smartphone which is set to launch this coming October. Joshua Garcia also received the same gift as Julia, and both of them will be using it in the upcoming Star Magic Ball 2017.

Not much has been revealed aside from the hint about the launch date, but it’s clear that it’s a really big smartphone.

Based on the video, we can estimate it to have around 6-inches of screen size and probably the popular 18:9 aspect ratio. Also, it only has a single rear camera which means that the dual camera setup was kept in front. Interestingly, the fingerprint scanner has been moved to the back, which further reinforces the idea of it having a tall screen and slim bezels. 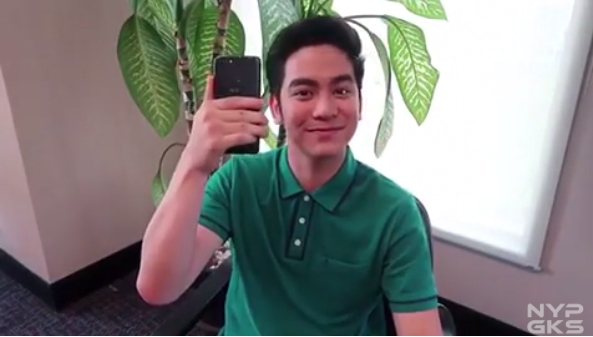 It’s not surprising that OPPO is coming up with a device that will compete in this new “Infinity display” revolution which was started by Samsung. If we’re to guess, it’s probably aimed to take on Vivo’s new V7+ smartphone.

Now, why OPPO F5 Plus? It’s a hunch. But considering how other Chinese smartphones were named (like the OnePlus 5), we’re confident that OPPO will skip the number “4”, too.

If you’re curious why, it’s because it’s considered as an unlucky number by the Chinese since it’s homophonous to the word “death”.

For the past two generations of the F series, the ‘Plus’ version always makes its way here first, so we expect the same thing to happen again for this iteration. However, it could just be a regular F5, based on the marketing material.

UPDATE: OPPO confirms the F5 through the promotional posters we spotted at Cyberzone in SM Megamall.