It looks like Mobile World Congress 2018 which is happening in Barcelona this coming February will be the stage for the unveiling of the biggest flagships in the smartphone industry. Just recently, Samsung confirmed that Galaxy S9 will be revealed at the said convention.

And in this recent leak, it’s said that the upcoming Sony Xperia XZ Pro will also be unveiled at the same gathering. But besides the launch date, we were also given a sneak peek of its possible specs and features.

The Xperia XZ Pro will have a 5.7-inch OLED screen with a whopping 4K resolution. It’s not clear yet if Sony will finally jump in on the 18:9 bandwagon, but considering how late they already are, the possibility is very likely. 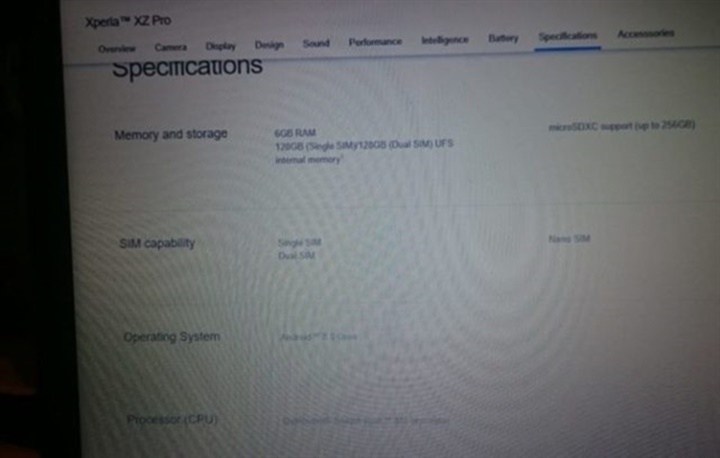 The device is also expected to be powered by Qualcomm’s latest Snapdragon 845 processor, with a generous 6GB of RAM and 128GB of internal storage.

There’s also an 18-megapixel + 12-megapixel dual camera setup at the back, 3420mAh battery, and an IP68 water-resistant body. Unsurprisingly, it’ll be running things with Android 8.0 Oreo.

Rumors also suggest that the pricing will be at CNY6,000 (around Php47,300). But we can never know for sure until Sony officially take the wraps off of the device next month.