Vivo is preparing yet another smartphone for the entry-level market. This time, these new leaked devices will sit on their budget-friendly Y-series of devices.

Smartphones dubbed as the Vivo Y71 and Y71A reached the TENAA website. And since it has been certified, these two handsets are slowly becoming a reality.

According to the report, the Vivo Y71A has an identical set of features with the latter. Hence, it’s been speculated that it will just be a carrier-exclusive in China. With that said, we can set our focus on the standard Vivo Y71. 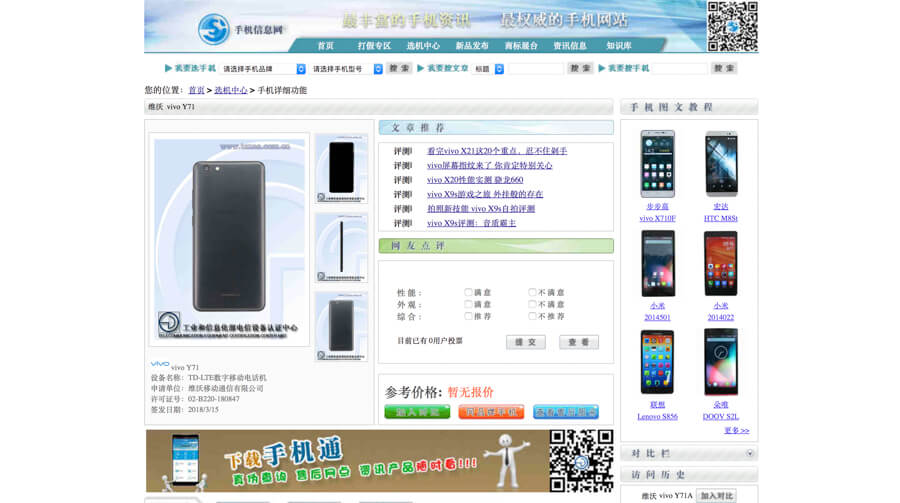 Both devices share the same 5.99-inch HD+ display, with a 1440 x 720 pixel resolution in an 18:9 aspect ratio. The specific chipset model was not mentioned, but the leak points out to a 1.4GHz quad-core processor that has 3GB of RAM and 32GB of expandable storage.

It will be powered by a 3,285mAh battery, has a 13-megapixel camera at the back, and a 5-megapixel sensor on the front for taking selfies.

On the upside, the devices will run on the new Android 8.1 Oreo with FunTouchOS interface. This means that we may expect decent to good performance despite the slightly underpowered processor.

Vivo is still mum about any details regarding the Y71, but if we were to speculate, we can expect it sometime this quarter or in the first weeks of Q3.