While it may seem like the same old Apple Watch at first look, the new generation actually features a bigger screen because it wraps around the edges and the sides.

New watch faces are also announced with the new Watch, along with software tweaks like Complications which lets the user get quick access to their most used apps and functionalities. 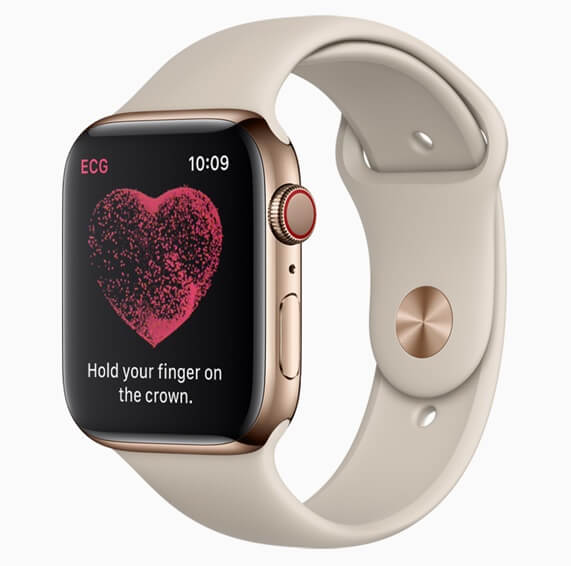 The speaker has been upgraded as well so it should be louder than its predecessor. The digital crown scrolling wheel has a new haptic feedback system which responds to actions initiated on the screen.

Apple Watch S4 is also equipped with a more powerful dual-core processor inside. According to Apple, it’s two times faster than the S3, which is already fast in its own right.

Probably the Apple Watch Series 4’s most notable new feature is its heart sensor which can do electrocardiogram straight from the user’s wrist.

Battery life hasn’t improved and it’s expected to get around 18 hours of usage similar to the previous iteration. Thankfully, it has backwards compatibility with all the bands from older Apple Watches.