Fitbit is trying to make its presence known on the slowly dying smartwatch space. Its new smartwatch, the Fitbit Ionic, is an interesting wearable that might bring this category back to life.

The Fitbit Ionic has the most smartwatch look of all, which is a good thing. It doesn’t pretend to be your traditional, analog wrist watch — just an authentic, techie look. I front, there’s a 1.42-inch LCD display with 348 x 250 pixels. This is a screen size that looks comfortable to interact with, even with large fingers.

And just like the previous Fitbit wearables, the Ionic comes equipped with various workout and health apps. The built-in GPS and heart-rate sensor can guide you through your runs, gym sessions, and more.

The Ionic is also water resistant up to 50 meters and has enhanced swim capabilities to track your swimming workout better. It also has a Dynamic Personal Coaching feature that shows personalized workout that will work for the user.

See also: How to turn your old smartphone into a dedicated music player

Furthermore, the Fitbit Ionic also supports numerous apps to make up for its “smartwatch” status. It has customizable watch faces, NFC for its own payment service, and a battery that’s claimed to last for up to 4 days or more.

No workout can be accomplished without music. With that, Fitbit lets you import more than 300 songs on the Ionic, and have them played locally. You can also utilize the Pandora app and have their music available for offline. Fitbit has also released wireless headphones to work seamlessly with the smartwatch called the Fitbit Flyer. 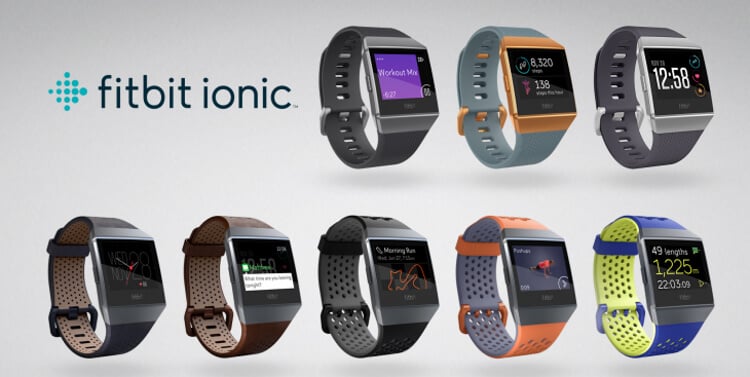 On the other hand, the Fitbit Flyer will cost USD129.95 (around Php6,700). Shipping is expected to start in October.