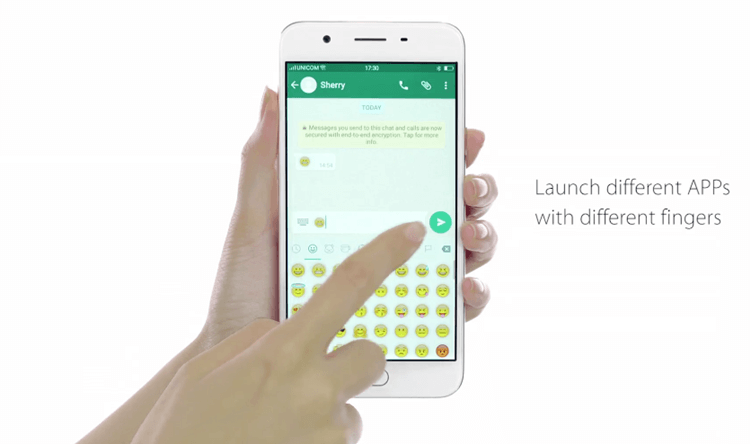 Check out the hottest features of one of the best selling smartphone in the Philippines.

OPPO F1s has been very popular in the country ever since its launch almost three months ago. In fact, it has managed to get over 19,000 units sold in its first three days. While that can be attributed to OPPO’s aggressive #SelfieExpert marketing and grand launch, it can’t be denied that the brand has already captured the hearts of the Filipinos.

But why? Well, primarily because the Philippines has been named the selfie capital of the world, so it’s a bit expected that a selfie-centric smartphone would do well here.

For those who still don’t know much about the OPPO F1s, check out some of its best features.

I really liked the design of the OPPO F1s. Although it’s very much borrowed from its bigger brother, the OPPO F1 Plus, I still think it’s the right choice. It’s similar to how Samsung  deals with the design of numerous Galaxy handsets, and most of them are patterned to the current flagship.

The aluminum unibody design feels great in the hands and it’s very stylish, too. It’s slightly slippery and fragile compared to plastic, though, so investing in a case if you’re a little clumsy should be considered. It’s also very slim, measuring only 7.4mm at its thickest point. This 2016, more and more Android handsets shipped with a fingerprint scanner built-in. Security has been one of the main concerns, but it’s also for convenience. The one in the OPPO F1s is incredibly fast, almost unlocking the device in an instant even the screen is turned off.

But what’s most impressive about the F1s fingerprint scanner is the ability to launch different apps by mapping them using different fingers. It’s extremely useful if you want to launch the Messaging app, Messenger, Instagram, Snapchat or literally anything you want.

This is probably surprising because I’m a big fan of stock Android, but Color OS 3.0 is really good. At first look, no one can deny that OPPO took inspiration from Apple’s iOS. Many Chinese manufacturers have been doing that, but I’m okay with it as long as they do it right. The F1s isn’t really bloated and I find the UI and UX to be great. The design is sleek, refined and consistent all throughout. They also have themes available, so it’s easy to change its look if you don’t like it.

The OPPO F1s has a decent price-to-specs ratio. Not the best, but not bad either. It features a 1.5GHz octa-core chipset with 3GB of RAM and 32GB internal storage. It’s expandable up to 256GB via microSD in case the user needs more storage capacity. There’s 3075mAh battery to keep the phone up all day. Since its relatively average screen resolution is only 1280 x 720, it also helps in minimizing the impact on the battery. LTE connectivity is also in tow, so you can benefit from the improving PH internet.

Probably the most notable feature of the OPPO F1s is its camera. After all, it’s marketed as a #SelfieExpert smartphone, replacing the F1 Plus. There’s a 16-megapixel front camera with a big sensor and f/2.0 aperture. It’s equipped with phase detection autofocus and LED flash to help with low-light shots. It also comes with a new version of Beautify, version 4.0 and a panorama feature. At the back, there’s a less powerful 13-megapixel shooter but it takes great photos as well, at least based on our testing during the launch.

UPDATE: Read our full review of the OPPO F1s here. The OPPO F1s is priced at Php12,990 and it’s currently available in all OPPO stores, kiosks, and authorized resellers nationwide. For those who want an installment option, you may avail the F1s through Home Credit which offers the device with zero percent interest for up to six months.