Alcatel has always been known as a brand that got you great value for money and the Alcatel One Touch Idol continues that tradition, offering a great mix of eye-pleasing design and competitive specs. Check out our full review after the break.

Pitted against other international brands, it can certainly give more expensive options a run for their money. However, Alcatel also has the local brands to contend with, and at Php11,990, the One Touch Idol will still have a lot of trouble attracting the budget-minded masses. Does it have what it takes to make a splash in the Philippine market? Read on in our Alcatel One Touch Idol review.

Build Quality and Design: Premium Styling at a Not so Premium Price

The Alcatel One Touch Idol is one of the most elegant phones I’ve seen in its price point and can even stand its own against some of the near-flagship class phones. It’s one of the thinnest smartphones in the market at 7.9mm and one of the lightest in its class too. It might not be as thin as its bigger brother, the One Touch Idol Ultra, but it’s still no slouch. 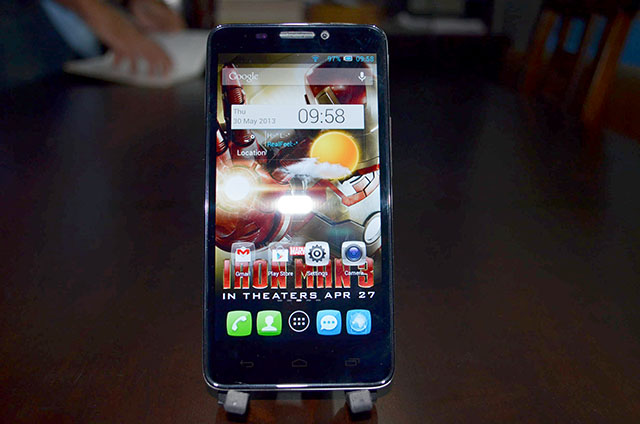 The front of the device is dominated by the 4.7 inch display with the earpiece, front camera and sensors up top and the capacitive navigation keys below. The qHD IPS display is impressive in its own right, but what really caught my attention was when it was turned off. It achieves the same jet black finish that makes it seem to dissolve into the bezel that the two are almost indistinguishable. It’s a subtle effect but it really adds to that premium feel of the device. On the right is the volume rocker and micro-SIM tray while on the left is the micro SD slot. On the top of the phone are the power/unlock button and 3.5mm headset jack while the bottom features just the micro USB port and microphone pinhole. 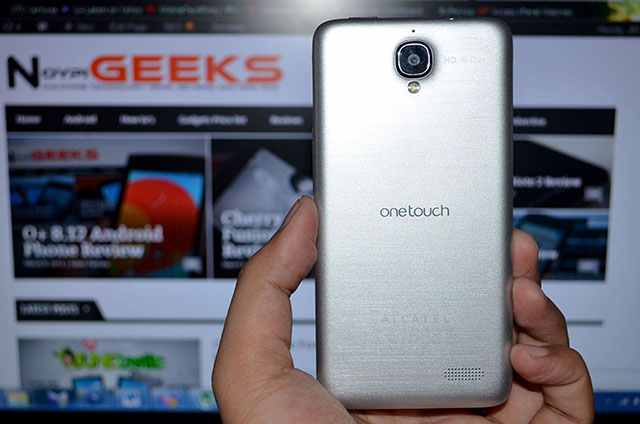 The back of the One Touch Idol is silver and appears to have a brushed aluminum finish. There you’ll find the primary camera and flash, noise-cancelling mic, One Touch and Alcatel branding, and the loudspeaker toward the bottom.

The Alcatel One Touch Idol is powered by the MediaTek MT6577 chipset with a PowerVR SGX531 GPU. It’s a familiar configuration that’s been seen on many budget phones, particularly the local brands, and it’s usually the chipset of choice when an OEM wants to cut down on cost. The performance is still respectable, however it’s typically better paired with a WVGA or FWVGA screen versus one with a qHD resolution because there are fewer pixels to process. You might not notice it at first, but there’s a bit of lag before the phone registers your touch when swiping through the UI. It’s not that bad that the actual user experience is affected though. 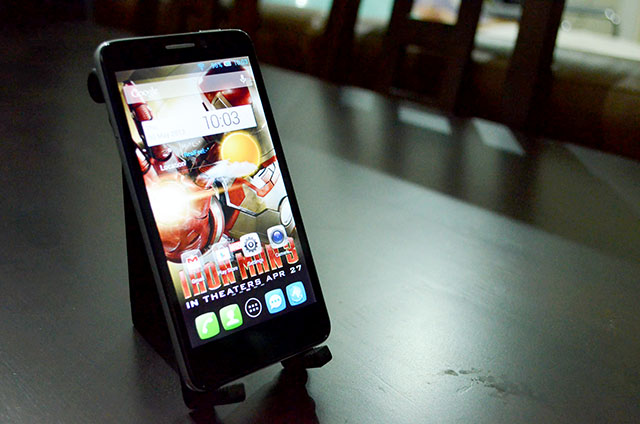 The Alcatel One Touch Idol sports a 4.7 inch qHD IPS display. It’s not class-leading, but with a pixel density of 234ppi, it’s not like you’re going to notice. The display is sharp and vivid, and you get impressive viewing angles too. it’s also protected by Dragontrail Glass, which is a protective glass similar to Corning’s Gorilla Glass. Pair the Alcatel One Touch Idol with a protective case and you probably won’t have to worry that much if you were to keep the phone in your pocket with your keys and some spare change.

The Alcatel One Touch Idol runs Android 4.1 Jelly Bean right out of the box. The customizations don’t run very deep, save for the menu colors, stock icon set and lockscreen. Rather than the depressingly dark menus of stock Jelly Bean, Alcatel has themed the menus in a more cheerful white with blue accents. The stock icons are squarish with rounded sides, and even the non-stock apps are given this treatment as well. The navigation keys are laid out below the screen, except that in the place of a menu button, there’s a recent apps button instead. So you’re getting a back, home, and recent apps layout, and if you want to access the menu, you have to long-press on the recent apps button to bring it up. It’s a little backwards if you ask me and takes a bit of time to get used to.

A smartphone should never forget its roots, and in this regard, the Alcatel One Touch Idol performs exactly as it should when it comes to basic telephony. The 4.7 inch screen isn’t the largest you can get these days, but it’s plenty spacious enough to facilitate easy texting using the onscreen keyboard. The messaging app has undergone a bit of a white and blue facelift like the rest of the phone, but it still gives you the exact same functionality as the stock Jelly Bean messaging app.

The Alcatel One Touch Idol’s dialer app has been similarly themed but gives you the same functionality as the stock Jelly Bean dialer app. The main difference though is that the keys are much larger, leaving only a single line of space to see the number you’re dialing. The earpiece is sufficiently loud and the secondary mic functions well to negate the ambient background noise and keep it out of your calls.

The One Touch Idol is a versatile entertainment device, allowing you to enjoy a wide range of media and even create some on the side. The qHD screen is sharp enough to enjoy your movie library or higher resolution videos on YouTube, and while the 2Gb of user accessible storage is a bit limited, you can expand it via micro SD so you can bring along your music library on the go. And in case you get tired of your own songs, it comes equipped with FM radio as well. Gaming performance is a bit limited because of the aging MT6577 chipset being paired with a relatively high qHD resolution screen. The One Touch Idol is capable of playing games like Dead Trigger and Temple Run 2 on the highest graphics settings, but the lag in response time is noticeable. You would have to crank the graphics all the way down to the lowest settings to eliminate that lag.

The Alcatel One Touch Idol is powered by a 1,800mAh battery, which is a bit on the low side considering it has to power a 4.7″ qHD screen. On days where I only used it for normal calling and texting at home, WiFi constantly on, auto brightness, mobile data off, and GSM-only, I could only manage 10-12 hours of usage. That’s the price you pay for prioritizing a slim body over battery life.

So is the Alcatel One Touch Idol for You?

The Alcatel One Touch Idol is one elegant phone, sporting a sleek and lightweight body that deceives you into holding something more expensive than it really is. The screen is also worth the price of admission. It’s great for media consumption and even has Dragontrail glass to protect it from getting scratched. The performance isn’t quite as good though. The MT6577 chipset is showing its age, and while it powers the Alcatel One Touch Idol just fine, hardcore users will want a little more from their phone.