Google finally announced their intention to jump to the Android wearables party by unveiling Android Wear. As the name suggests, it’s an open Android-powered system that lets app developers to create apps and make use of Google services like Google Now and Search.

There is already a preview SDK made available, and the company says that wearable devices based on this platform will soon come this year.

As seen from the video below, it’s extremely focused on the Google Now experience and gestures. It’s also worth noting that there’s no keyboard in action which means that it relies mostly on voice interaction.

Android Wear will obviously be paired to an Android device so you can get your notifications easier, and control other things like the music player. The company also reminds the devs to check how their apps look like on both round and square smart watch display. If you want to access the SDK, you need to sign up first.

Google is said to be working with international companies such sa LG, HTC, Motorola, Asus, and Samsung to develop Wear gadgets. We’re looking forward in seeing Android Wear this 2014. 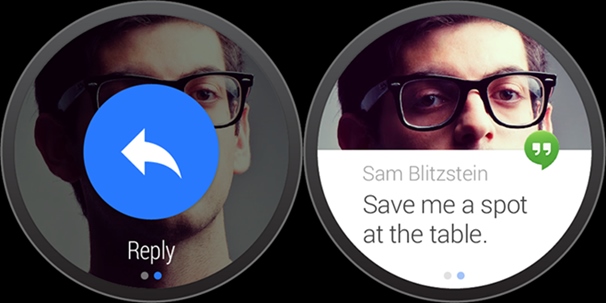