There’s no denying, Cherry Mobile has dominated the low-end market. The local brand has brought compelling devices on the table that tries to match the money you’re paying for its hardware.

And with the new Cherry Mobile Flare J1 2017, the company is trying to prove yet again that they are still the king of budget smartphones.

But, is this new cheap handset from the local company a really practical device? Or you’re better off spending a tiny bit more to have a decent and usable smartphone? Let’s figure that out in our Cherry Mobile Flare J1 2017 review.

It may be built in plastic all the way, but they dressed it to look like a different material. The handset looks like it’s been wrapped with a metal band, but it sure is not. The white variant that we have has complimenting gold-tinted sides with a wide indentation at the top and bottom to house the ports and microUSB port, 3.5mm headphone jack, and the built-in microphone. The phone is also available in Black with Gray color accents at the sides.

All the buttons are conveniently placed at the right side. Both the volume controls and the lock/power switch are situated at the perfect height, easily reachable by the thumb. However, I find it a bit stiff to press.

Furthermore, the back panel is also constructed with plastic. Cherry Mobile implemented a textured surface, mimicking the looks of a leather. I personally find it a smart move as it gives a bit of spice to its rather boring look. 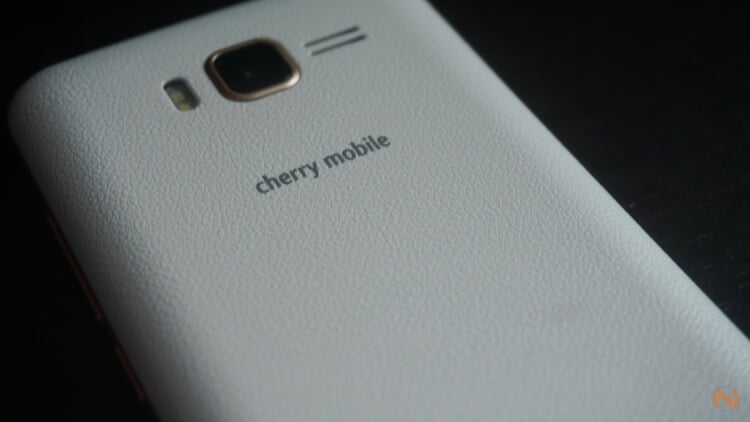 The outline of the back is also a bit identical to some of Samsung’s low-end devices like the Galaxy J2 Prime. The dual-LED flash is situated right beside the 8-megapixel rear camera. And right next to the pair is the decent-sounding loudspeakers. The drivers on this thing deliver decent volume and balanced sound when playing music or watching videos. The audio can get a bit distorted at maximum level, but nothing too harsh in the ears.

Popping out the back panel reveals the 2300mAh battery and the slots for a microSD and two SIM cards. Disappointingly, they are not hot swappable, and Cherry Mobile is stressing it by adding an embossed note saying “Turn off before insert”. 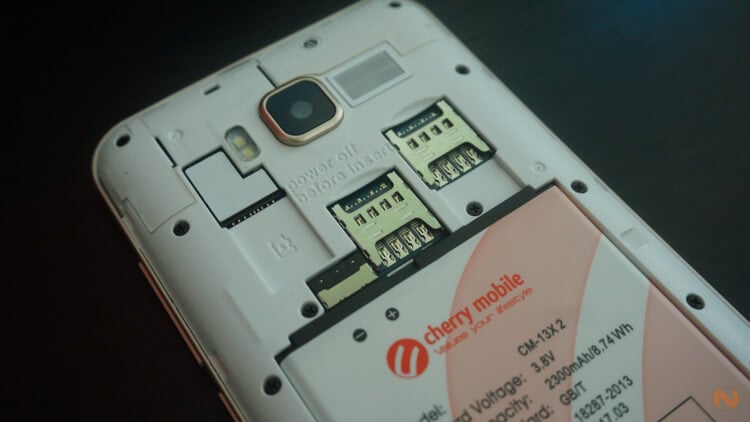 The Cherry Mobile J1 2017 is a 5-inch smartphone, with a little bit of weight to it. It is not heavy by any means, but it has a noticeable weight to it when compared to other devices. It is also a bit chunky, which I favor because together with its curved edges at the back, it makes it ergonomic to use.

Like I said, the Cherry Mobile Flare J1 2017 is a 5-incher. And that average-sized screen has a 1280 x 720 resolution, garnering a total of around 196ppi. While the sharpness is quite forgivable, the actual panel used is a bit irritating to use.

It looks like the Cherry Mobile Flare J1 2017 has a TN panel, which provides not-so-impressive colors and bad viewing angles. And to add to the chaos, the screen is also crazy reflective, even when being used indoors.

But at the end of the day, it is still is a Php2,699. Hence, compromises like this are expected.

The Cherry Mobile Flare J1 2017 is rigged with a 1.3GHz Spreadtrum SC7731 quad-core processor, partnered with 1GB of RAM.

The underrated SoC delivered more than what I expected. Don’t get me wrong, I still experienced some performance hiccups from time to time. However, it is still better than the Cherry Mobile Flare P1 that I have reviewed earlier. 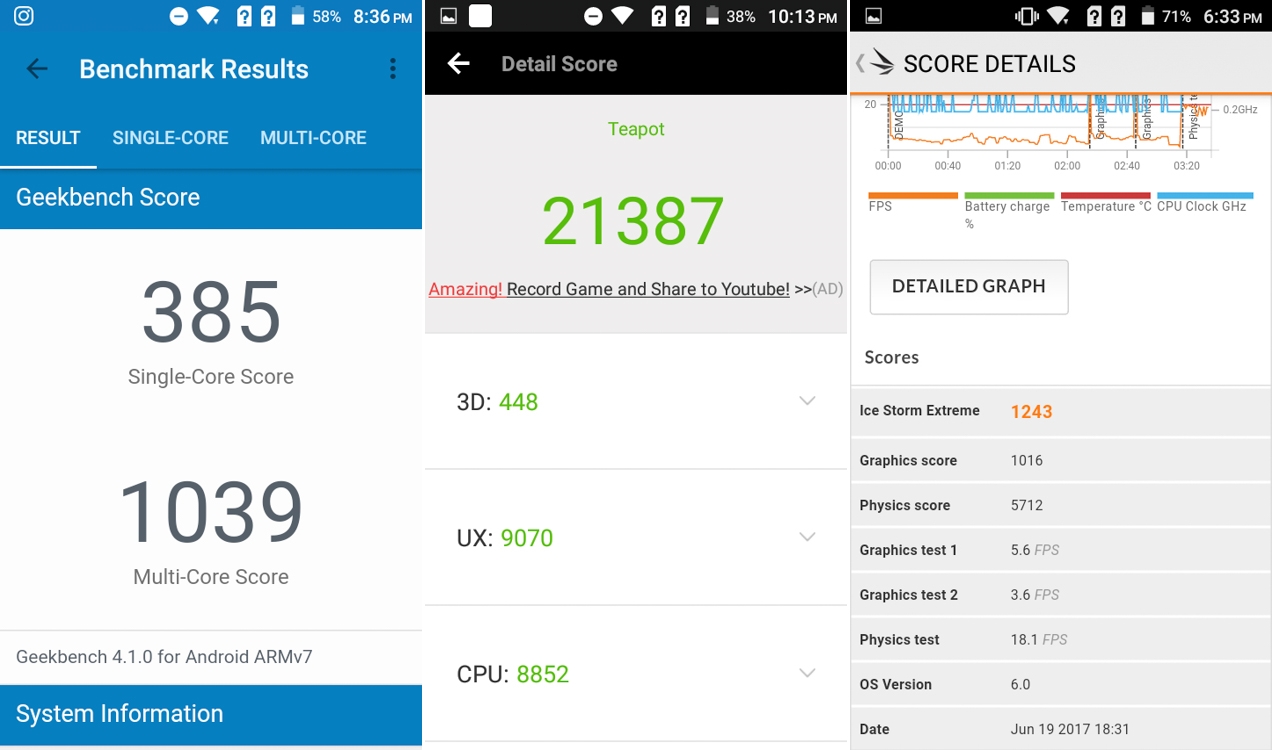 Day-to-day apps and browsing through the entire interface only showed minor jitters. I was also able to play game titles like Hill Climb Racing 2 and NBA Live Mobile with low but playable frame rates.

There’s also an 8GB internal storage that can store a couple of apps and media.

The Cherry Mobile Flare J1 2017 only has Android 6.0 Marshmallow that’s running inside it. Since this thing only has a low-end hardware, it would have been nice if at least it had the latest Android Nougat operating system.

As you might know by now, Nougat’s efficiency can make both the Cherry Mobile Flare J1 2017’s processor and battery performance even better overall. But that’s not to say that Marshmallow is not good. In fact, it’s a great leap from Lollipop when it comes to handling low power Android devices.

But nonetheless, I’m still pretty satisfied with this one. There’s no third-party skin that’s slowing the phone, so that’s a plus. The smartphone runs on full stock Android, so everything looks familiar making it easy to use.

The Cherry Mobile Flare J1 2017 has an 8-megapixel rear camera with flash, and a 5-megapixel front-facing shooter for selfies.

Unfortunately, the shooter at the back doesn’t come with autofocus, which greatly affects the sharpness of each photo taken. Pictures look a little blurry as if it didn’t come from an 8-megapixel sensor. Colors also look a bit lame and the contrast is on the downside. Also, don’t bother using the HDR mode because it doesn’t help all that much.

There’s also a 5-megapixel front-facing camera, which unsurprisingly takes selfies with potato quality. It also has its own version of Beauty Effect, as if the pictures it can take aren’t soft enough for your skin.

Cherry Mobile equipped the Flare J1 2017 with only the most basic set of antennas. This thing only has WiFi 802.11 b/g/n and Bluetooth 4.0, which both worked well during my tests. I experienced no unnecessary drops in connections.

It also can only go up to 3G and HSPA+ in terms of mobile data connection. If you’re out and about, it can deliver good internet speed at locations with top-notch signal coverage. As always, it depends on the carrier and location. 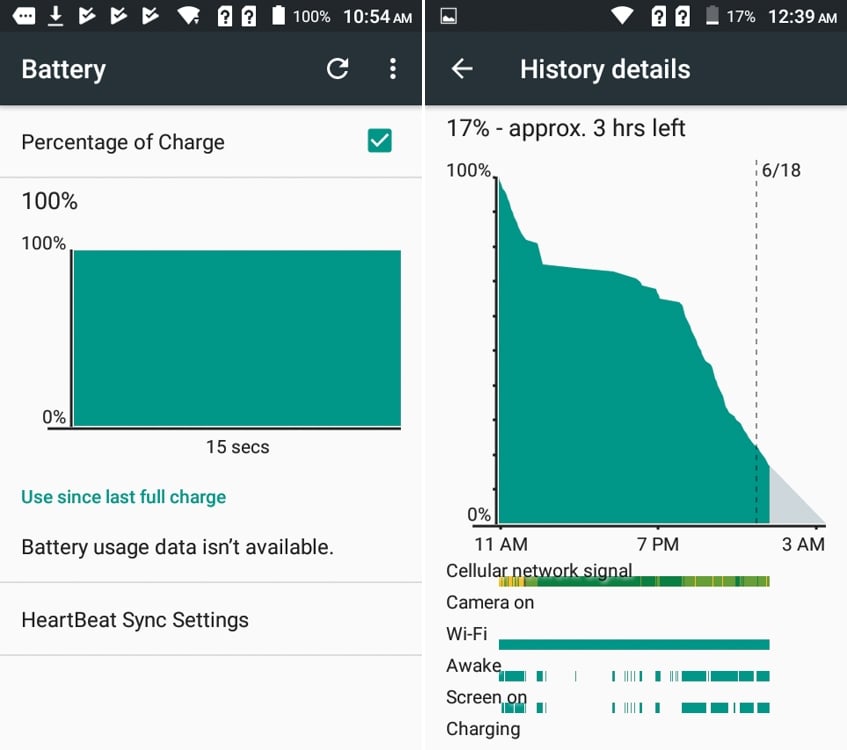 During light to moderate usage, the Cherry Mobile Flare J1 2017 was able to last me for a day. The screen-on time is around 4-hours. If you’re always on social media, always exchanging calls and texts, then a power bank may come in handy. But for light users, it can probably last you a day.

So, is the Cherry Mobile Flare J1 2017 a worthy and usable smartphone? The simple answer is “Yes”.

The brand was able to balance every aspect of this device to ensure it can deliver an okay performance despite its cheap Php2,699 price tag. 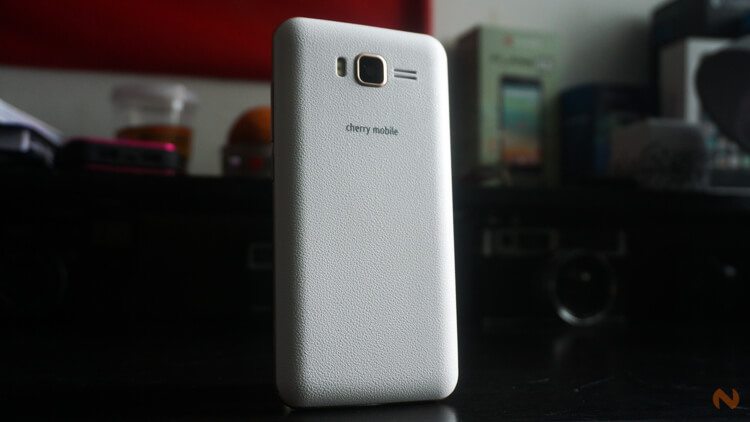 The Cherry Mobile Flare J1 2017 has a decent and ergonomic build and design. The low-resolution display is forgivable thanks to its decent size. The second-rate processor was able to perform admirably. And thanks to all of its undemanding hardware, the 2300mAh battery was ample enough to power the entire system longer than it should.

Moreover, if you’re more into mobile photography or taking selfies, then you’re better off with something else. The omission of 4G LTE connectivity can also be a dealbreaker for some, but not really for most people.

Actually, for a smartphone this cheap, you should really lower your expectation on the novelty and advanced features.

The Cherry Mobile Flare J1 2017 is another testament that the local brand still dominates the low-end market.

If you think the Cherry Mobile Flare J1 2017 is the one for you, you can get it for only Php2,699. The device is now available in Cherry Moblie stores, kiosks, and other authorized retailers nationwide.

But if you’re shopping at the sub-Php2,500 space, you can check out the Starmobile Play Dash. This device is being offered for Php2,490, with also a slight slash in the specs department.

There’s also the Cloudfone Go Connect if you really want to go low-ball while still addressing the basics. The Go Connect only retails for Php2,199.

However, if you want a smartphone that packs the current standards but still doesn’t break the bank — you might want to stretch your budget a little bit for this one: For Php3,999, the Cherry Mobile Flare P1 is equipped with specs that are more reasonable in today’s era. This thing features Android Nougat operating system, a 5-inch 720p display, and a dual camera setup.